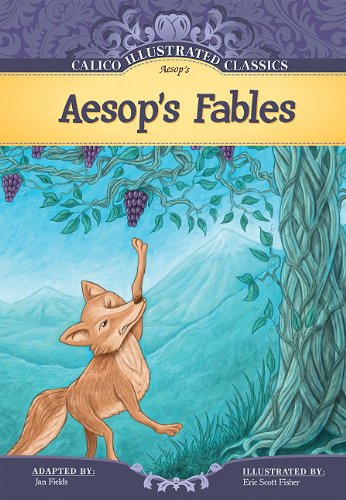 Aesop's classic collection presents the fables and moral stories from ancient Greece. The animal tales, folklore, and morals used to educate children in origin stories and character values are simplified for the youngest readers. Join the adventure in the Calico Illustrated Classics adaptation of Aesop's Aesop's Fables. Calico Chapter Books is an imprint of Magic Wagon, a division of ABDO Group. Grades 3-8.

Aesop (620-560 BC) was a slave in ancient Greece who is known only for the genre of fables that are ascribed to him.

Eric Scott Fisher is a freelance illustrator living in Morris, Illinois with his wife Sarah and daughter Molly. He devotes his time to illustrating books and magazines for children and young readers.