Items related to Inside the Rainbow: Russian Children's Literature... 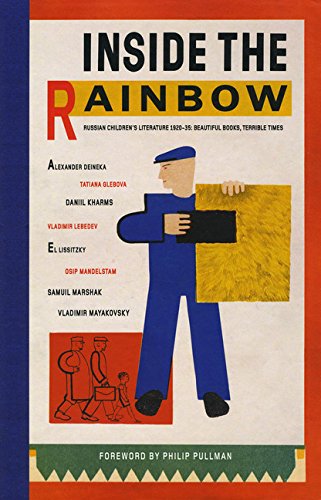 Inside the Rainbow reprints for the first time in English a unique compendium of Soviet-era picture books from the 1920s and 1930s—a high point in the history of children's literature. In the dark and dangerous world of revolutionary Petrograd, some of the greatest Russian poets and artists of the century came together to create a new kind of book for children, one that reflected the endless possibilities of a brave new world. Managing for a time to escape the scourge of state censorship, these books became a haven for learning, poetic irony, burlesque, and laughter. Showcasing more than three hundred brilliant examples from this golden age of illustration and design, Inside the Rainbow also includes translated poems, stories, and key texts by those who bore witness to the Russian revolution.

Julian Rothenstein is the publisher and designer of Redstone Press.

Introduction by Philip Pullman, a giant in young adult literature known for the His Dark Materials trilogy, which includes the bestseller The Golden Compass

Olga Budashevskaya is an editor based in Russia.