Items related to The Everlasting Man 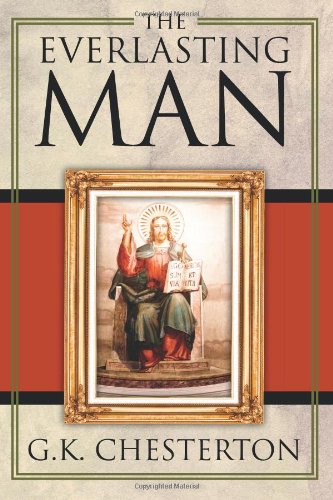 Is man merely the accidental product of evolution? Or does Christianity provide deeper insight into the true nature and purpose of humankind? Published in 1925, “The Everlasting Man” is G. K. Chesterton’s exploration of the spiritual history of Western culture.

What, if anything, is it that makes the human uniquely human? This, in part, is the question that G.K. Chesterton starts with in this classic exploration of human history. Responding to the evolutionary materialism of his contemporary (and antagonist) H.G. Wells, Chesterton in this work affirms human uniqueness and the unique message of the Christian faith. Writing in a time when social Darwinism was rampant, Chesterton instead argued that the idea that society has been steadily progressing from a state of primitivism and barbarity towards civilization is simply and flatly inaccurate. "Barbarism and civilization were not successive stages in the progress of the world," he affirms, with arguments drawn from the histories of both Egypt and Babylon.

As always with Chesterton, there is in this analysis something (as he said of Blake) "very plain and emphatic." He sees in Christianity a rare blending of philosophy and mythology, or reason and story, which satisfies both the mind and the heart. On both levels it rings true. As he puts it, "in answer to the historical query of why it was accepted, and is accepted, I answer for millions of others in my reply; because it fits the lock; because it is like life." Here, as so often in Chesterton, we sense a lived, awakened faith. All that he writes derives from a keen intellect guided by the heart's own knowledge. --Doug Thorpe

English novelist, poet, essayist and critic recognized for his virtuoso, dynamic, and humorous style, in spite of holding contentious stances. His works mostly revolve around Christian beliefs and ideals.