Items related to The New Jim Crow: Mass Incarceration in the Age of... 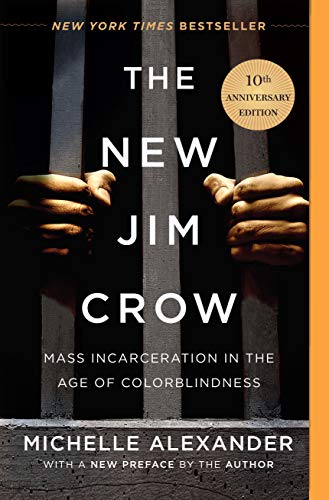 Once in a great while a book comes along that changes the way we see the world and helps to fuel a nationwide social movement. The New Jim Crow is such a book. Cited in court decisions and Oscar speeches and praised by public policy folks, politicians, law professors, grassroots activists, and prisoners themselves, Michelle Alexander’s groundbreaking book argues that “we have not ended racial caste in America; we have merely redesigned it.”

Called “stunning” by Pulitzer Prize–winning historian David Levering Lewis, “invaluable” by the Daily Kos, “explosive” by Kirkus Reviews, and “profoundly necessary” by the Miami Herald, this updated and revised paperback edition of The New Jim Crow is a must-read for all people of conscience.

Michelle Alexander is a civil rights lawyer, advocate, and legal scholar. In 2005, she won a Soros Justice Fellowship, and the same year she accepted a joint appointment at the Kirwan Institute for the Study of Race and Ethnicity and the Moritz College of Law at The Ohio State University. Formerly the director of the ACLU’s Racial Justice Project in Northern California, Alexander served as a law clerk for U.S. Supreme Court Justice Harry A. Blackmun. She lives in Ohio.

The New Jim Crow: Mass Incarceration in the Age of Colorblindness

The New Jim Crow: Mass Incarceration in the Age of Colorblindness (Paperback or Softback)