Items related to Gunsmoke on the Rio Grande

Gunsmoke on the Rio Grande 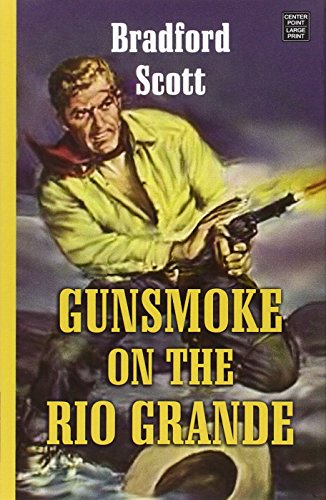 Walt Slade was known as El Halcon, The Hawk. He was a legendary figure whose exploits, some of them apparently questionable, were talked about with awe, anger, and respect throughout Texas — “the singingest man in the whole Southwest, with the fastest gun hand.” He kept his role as a Texas Ranger a secret from most because people would share information with El Halcon, while they would never open up to a ranger. This was why Captain McNelty sent him to Laredo in response to a letter from Texas-Mexicans.

1. Gunsmoke on the Rio Grande