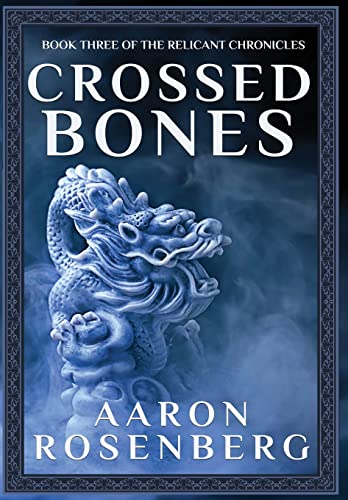 Book Description Falstaff Books, LLC, United States, 2020. Hardback. Condition: New. Language: English. Brand new Book. IntrigueHonorMagicMurderMany forces are converging on the capital city, can The Relicant Empire survive the collision?Hibikitsu - the young Emperor roaming the countryside and learning what it means to lead a people by becoming one of them. Now he must once again don the mantle of leadership and apply all that he has learned, or his nation is doomed.Kagiri - the grave robber turned vessel of some of the greatest generals the world has ever seen marches on the capitol to kill the Emperor and take his throne. Now he must wrest control of himself from the ghosts who live within him, or he will be forever lost.Noniki - harnessing a power that vanished so long ago it is now little more than a legend, the charismatic leader of the people has led his force to the capitol to overthrow the Emperor and put power in the hands of the citizens. Now he faces not just his growing magic, but a shift in everything he thought he knew.Shizumi - the guard only ever wanted to do her job and be the best at it. Now, after defending the vacant throne from a coup, she must face the greatest warrior she has ever seen and reveal her deepest secret.Iraku & Ibaru - the twins who gave themselves over to a dark power. Now they see that perhaps what they were promised is not what their new master is delivering, and nothing is as they thought.With all these myriad forces descending upon the palace, how will the Relicant Empire survive the collision? Who will stand atop the pile of bodies and crossed bones?. Seller Inventory # LHB9781645540298