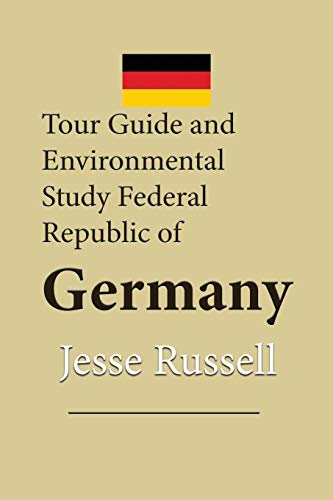 Book Description Independently Published, United States, 2019. Paperback. Condition: New. Language: English. Brand new Book. Tour Guide and Environmental Study Federal Republic of Germany. Travel. Every city of Germany has much to offer to its visitors numerous historic landmarks, masterpieces of architecture, religious shrines, interesting museums and many monuments that will amaze even experienced travelers. The Brandenburg Gate is considered the main sight of Berlin, the capital of the country. The building of the Gate took place in 1788 1791. Nowadays, the monument is an important historic object. Once known as a "Charlie "guarding point, the monument was turned into a museum dedicated to the Cold War. The majority of ancient buildings in Berlin were destroyed during the Second World War, only a few have managed to survive till our days. These are St. Hedwig's Cathedral, St. Nicolas Cathedral, the building of Arsenal, Marienkirche and Berlin Zoo, the biggest zoo in the world. Many historic landmarks were restored literally from ruins the Berlin State Opera, Bellevue Palace, Reichstag, Charlottenberg Palace and Kaiser Wilhelm Kirche. There are more than a dozen of interesting museums in Berlin, the most famous of which are the Museum of Egypt, the Prussian Palace Museum, Bode Gallery, Kulturforum, Museum Island, the New National Gallery and Pergamon Museum. Berlin suburbs are an interesting place, where travellers can find many unusual and fascinating places. The city of Potsdam is one of most notable places of interest there. In the 17th century the city was the residence of Prussian kings who lived in magnificent Schloss Sanssouci Castle. There are also several beautiful mansions that remind of that period. In addition to their architectural importance, these buildings are famous historic landmarks. Seller Inventory # APC9781709692475

Shipping: US$ 34.98
From United Kingdom to U.S.A.
Destination, rates & speeds