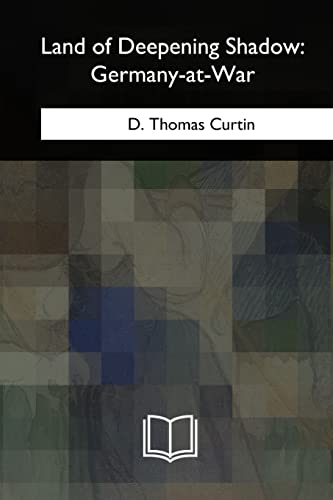 Book Description Createspace Independent Publishing Platform, United States, 2018. Paperback. Condition: New. Language: English. Brand new Book. Early in November, 1915, I sailed from New York to Rotterdam. I spent nearly a month in Holland completing my preparations, and at length one grey winter morning I took the step that I dreaded. I had left Germany six months before with a feeling that to enter it again and get safely out was hopeless, foolish, dangerous, impossible. But at any rate I was going to try. At Zevenaar, while the Dutch customs officials were examining my baggage, I patronised the youth selling apple cakes and coffee, for after several months' absence from Germany my imagination had been kindled to contemplate living uncomfortably on short rations for some time as the least of my troubles. Furthermore, the editorial opinion vouchsafed in the Dutch newspaper which I had bought at Arnhem was that Austria's reply to the "Ancona" Note made a break with America almost a certainty. Consequently as the train rolled over the few remaining miles to the frontier I crammed down my apple cakes, resolved to face the unknown on a full stomach. Seller Inventory # APC9781717345691

Shipping: US$ 34.28
From United Kingdom to U.S.A.
Destination, rates & speeds