Items related to Unmasking The Gentiles: The European Plot To Replace...

Unmasking The Gentiles: The European Plot To Replace Israel 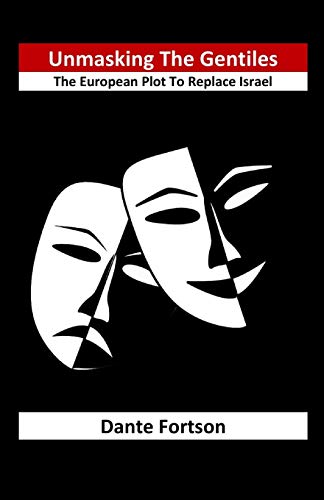 Does the term “Gentiles” refer to all non Jews or is that just the lie we’ve been sold to cover up the truth? Who were the Gentiles and where are they now? What role do they play in Bible prophecy and where are we at on the prophetic countdown clock?

Believe it or not, the Bible tells us exactly who the Gentiles are, where they are, and what’s about to happen when their time is up... and unfortunately it is too often ignored. We’re about to get into some DEEP and CONTROVERSIAL, but pure Biblical truth, in this eye opening study.

There were two Bible verses that really inspired me to look into who the Gentiles are, according the Bible. I’ve heard many people teach on these verses, and I couldn’t shake the feeling that the in-formation was just being repeated, but not actually researched (myself included). Here are the verses:

“And they shall fall by the edge of the sword, and shall be led away captive into all nations: and Jerusalem shall be trodden down of the Gentiles, until the times of the Gentiles be fulfilled.” – Luke 21:24

“For I would not, brethren, that ye should be ignorant of this mystery, lest ye should be wise in your own conceits; that blindness in part is happened to Israel, until the fullness of the Gentiles be come in.” – Romans 11:25

Whatever the answers to these questions are, they do seem to be connected. In Luke, Christ connects the fulfillment of the time of the Gentiles to the end of the age. That leads us to the first big question:

Has the time of the Gentiles been fulfilled?

Break out your pens, papers, styluses, etc, and let’s get down to some good ol’ intense Bible study. In order to answer all of the above questions, we first need to figure out who the Gentiles are.

When I started down the path of becoming an author, my only objectivewas to share my research on my website. People asked me if I planned topublish my research in other formats to make it more accessible. It was a great idea, and I haven't looked back since.

I published myfirst book in 2009 (Religion and Relationship), which is one of mypersonal favorites, but sadly it doesn't seem to have a market. Sincethen I've written several #1 Amazon bestsellers in multiple categories.

As The Days of Noah Were: The Sons of God and The Coming Apocalypse

Beyond Flesh and Blood: The Ultimate Guide To Angels and Demons

The Black Hebrew Awakening: The Final 400 Years as Slaves In America

I've published books and research papers on various topics such as angels,demons, salvation, aliens, and black Israelites in the Bible. I alwaysshare my findings no matter if they fit my current beliefs. Since thebeginning, I've always made it clear that I will change my beliefs tofit the evidence that I find, and I won't try to fit the evidence to mybeliefs. It has been the cornerstone of my "fringe" ministry and willremain that way until the end of it.

My current research can be found at BlackHistoryInTheBible.com and by searching for #BHITB on any social network.

1. Unmasking The Gentiles: The European Plot To Replace Israel