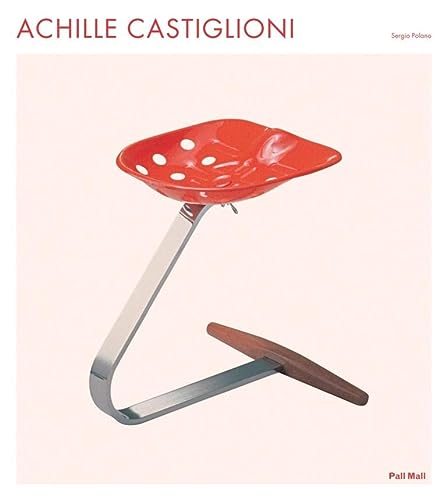 Achille Castiglioni (1918 - 2002) was one of the most important and prolific designers of the twentieth century. This comprehensive monograph is the only detailed study of his remarkable career and includes a catalogue of his complete works from 1938 - 2000 spanning architecture and exhibition, interior and product design. An essay by Sergio Polano describes Castiglioni's important collaborations with his brothers Livio and Pier Giacomo and discusses his diverse range of projects including the spatial design work that dominated his early career as well as his later, better known product designs. Castiglioni's work is celebrated for its combination of technical innovation with an aesthetically-pleasing form, as demonstrated in his elegant Luminator floor lamp for Gilardi & Barzaghi (1955) and the distinctive Frisbi hanging light for Flos (1978). His designs also demonstrated wit - the 'readymade' furniture designs created with Pier Giacomo in 1957 incorporated tractor and bicycle seats into new stools. He created hundreds of pieces of furniture, lighting and products for a distinguished client list including Kartell, Knoll, Zanotta, Alessi and Siemens. With more than 800 photographs and drawings, this monograph does full justice to his designs, which won eight prestigious Compasso d'Oro prizes.

After graduating in architecture in 1974, Sergio Polano taught architecture and contemporary art at several universities in Italy including the Iuav Venice, where he was Professor of History of Contemporary Art 1996-2008. He has written extensively on architecture, design and art and is the author of many books including monographs of Santiago Calatrava (1996) and Carlo Scarpa (1997). Since 2010, he has been the editor of Casabella magazine's website.