Items related to Mornings in Mexico 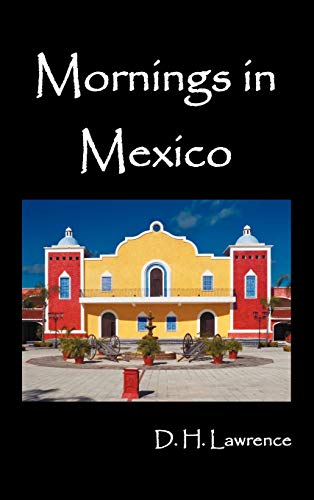 Mornings in Mexico is a collection of travel essays by D. H. Lawrence, displaying his gifts as a travel writer, able to catch the 'spirit of place' in his own vivid manner.

An English novelist, poet, playwright, literary critic, and painter, D. H. Lawrence is best known for his novels Sons and Lovers, The Rainbow, Women in Love, and Lady Chatterley s Lover. Writing in the period leading up to and following the First World War, Lawrence s work explores the nature of personal and sexual relationships in light of industrialization and the new culture of modernity. Persecuted for his strong opinions, Lawrence spent the second part of his career in an exile he referred to as his savage pilgrimage, while his work continued to be censored and misrepresented, resulting in the sensational obscenity trial of Lady Chatterley s Lover. Lawrence died in 1930 and is considered to be a visionary thinker and significant representative of modernism in English literature.

Shipping: US$ 20.85
From United Kingdom to U.S.A.
Destination, rates & speeds