Items related to Isle of the Dead

Connor, Alex Isle of the Dead

Isle of the Dead 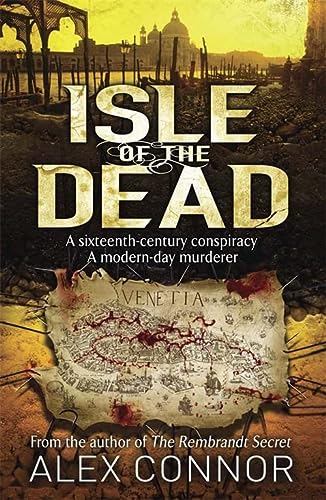 VENICE, ITALY. CITY OF SPLENDOUR. In October 1555 the Italian master Titian painted the portrait of Angelico Vespucci - a Venetian merchant whose cruelty words could not capture. CITY OF SECRETS. When Vespucci was revealed to be the elusive monster who had been flaying young women across the city, he vanished inexplicably, along with the painting. All that remained was a chilling warning: when the portrait emerges, so will the man. CITY OF THE SKIN HUNTER. Now the lost Titian masterpiece has surfaced in modern-day London, and skinless corpses are amassing across the globe. And it will fall to an unlikely man from the fringes of the art world to unravel half a millennium of myth, mystery and murder.

Alex Connor is also known as Alexandra Connor, and has written a number of historical sagas under this name. She is an artist and lives in Brighton.