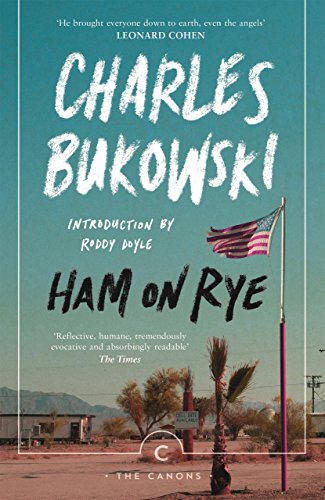 Charles Bukowski is one of America’s best-known contemporary writers of poetry and prose and, many would claim, its most influential and imitated poet. He was born in 1920 in Andernach, Germany, to an American soldier father and a German mother, and brought to the United States at the age of two. He was raised in Los Angeles and lived there for over fifty years. He died in San Pedro, California, on March 9, 1994, at the age of seventy-three, shortly after completing his last novel, Pulp.

'Very funny, very sad, and despite its self-congratulatory tone, honest in most of the right places. In many ways, Bukowski may have been the perfect writer to describe post-war southern California - a land of wide, flat spaces with nothing worth seeing, so you might as well vanish into yourself. In an age of conformity, Bukowski wrote about the people nobody wanted to be: the ugly, the selfish, the lonely, the mad.' - The Observer

Book Description Canongate Books Ltd, United Kingdom, 2017. Paperback. Condition: New. Main - Canons Imprint Re-Issue. Language: English. Brand new Book. INTRODUCTION BY RODDY DOYLE'He brought everyone down to earth, even the angels' LEONARD COHENCharles Bukowski is one of the greatest authors of the twentieth century. The autobiographical Ham on Rye is widely considered his finest novel. A classic of American literature, it offers powerful insight into his youth through the prism of his alter-ego Henry Chinaski, who grew up to be the legendary Hank Chinaski of Post Office and Factotum. Seller Inventory # AA99781782116660

Book Description 2015. Paperback. Condition: New. Main - Canons ed. Paperback. With introduction by Roddy Doyle'He brought everyone down to earth, even the angels' Leonard CohenCharles Bukowski is one of the greatest authors of the twentieth-century. The autobiograph.Shipping may be from multiple locations in the US or from the UK, depending on stock availability. 368 pages. 0.280. Seller Inventory # 9781782116660