Items related to JFK: An American Coup D'etat: The Truth Behind...

JFK: An American Coup D'etat: The Truth Behind the Kennedy Assassination 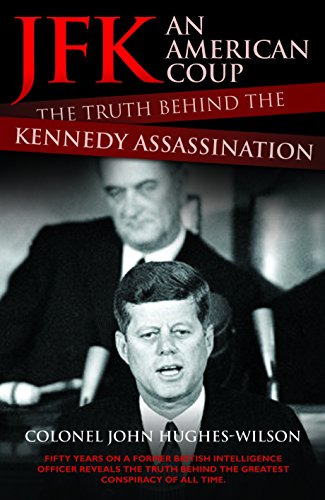 In 1963, and the idea that the President of the United States could be gunned down in broad daylight was almost unbelievable. In America men and women wept openly in the streets for their dead leader. But events soon began to unpick the original version of what happened. It turned out that the official report was little more than a crude government whitewash designed to hide the real truth. Even American Presidents admitted as much. President Nixon memorably confessed in private that the "Warren Report was the biggest hoax ever perpetuated" on the American public. It began to emerge that maybe Lee Harvey Oswald, the original "one nut gunman," may not have acted on his own; others were involved, too. That meant no "lone gunman," but a conspiracy. This book attempts to answer the big question: who really shot JFK? And, more important still, exactly why was he shot? John Hughes-Wilson argues that the murder of John Kennedy was, like the murder of Julius Caesar 2,000 years before, nothing less than a bloody coup d’état by his political enemies, a conspiracy hell bent on removing a leader who was threatening the power and the money of the ruling establishment. Pointing the finger at Lyndon Johnson, the CIA, and the Mafia, John joins Jackie and Bobby Kennedy in their conclusion that the assassination of JFK was far more complex than a deranged attack by Lee Harvey Oswald, the 24-year-old ex-Marine.

Colonel John Hughes-Wilson served in the British Army's Intelligence Corps for 30 years and is a specialist consultant to the UN and the European Union. He is the author of A Brief History of the Cold War, Military Intelligence Blunders, and The Pupper Masters.