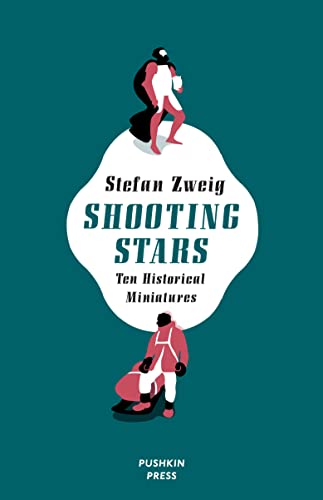 Ten turning points in history, vividly sketched by the great Stefan Zweig, in a new translation by the award-winning Anthea Bell

One of the twentieth century's great humanists and a hugely popular fiction writer, Stefan Zweig's historical works bring the past to life in brilliant Technicolor. This collection contains ten typically breathless and erudite dramatizations of some of the most pivotal episodes in human history.
From General Grouchy's failure to intervene at Waterloo, to the miraculous resurrection of George Frideric Handel, Zweig's selection is idiosyncratic, fascinating and as always hugely readable.

Stefan Zweig was born in 1881 in Vienna, into a wealthy Austrian-Jewish family. He studied in Berlin and Vienna and was first known as a poet and translator, then as a biographer. Between the wars, Zweig was an international bestseller with a string of hugely popular novellas including Letter from an Unknown Woman, Amok and Fear. In 1934, with the rise of Nazism, he left Austria, and lived in London, Bath and New York-a period during which he produced his most celebrated works: his only novel, Beware of Pity, and his memoir, The World of Yesterday. He eventually settled in Brazil, where in 1942 he and his wife were found dead in an apparent double suicide. Much of his work is available from Pushkin Press.