Items related to Last Days of the Mighty Mekong

Last Days of the Mighty Mekong 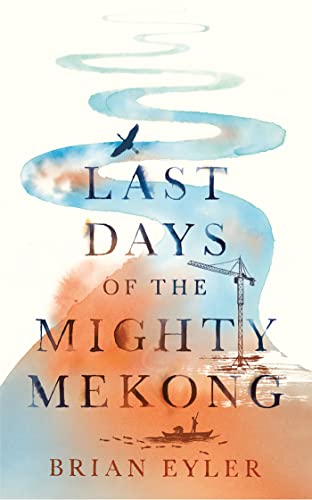 Long known for its natural beauty, remoteness, and abundance of wildlife, the Mekong river basin runs through China, Myanmar, Laos, Thailand, Cambodia, and Vietnam. It is home to more than seventy million people and has for centuries been one of the world’s richest agricultural zones. Today however it is undergoing profound changes. China’s development policies aim to interconnect the region through high-speed transportation networks and to transform its people into modern urbanized consumers. By 2025 a series of dams will have harnessed the river’s energy, bringing an end to its natural cycles and cutting off food supplies for over half of the basin’s population. Yet there has been little reporting on this monumental change.

In The Last Days of the Mekong, Brian Eyler takes us on a revealing tour of the Mekong and those who depend on its resources. He travels from the river’s headwaters in China to its delta in Southern Vietnam. Along the way he meets the region’s diverse peoples, from villagers to community leaders to politicians and policymakers. Through conversations with them, he reveals how China’s expansionist policies are drastically—and often literally—reshaping environments. He also highlights the work being done by locals and international groups to save the Mekong and its fragile ecosystem. Eyler makes the case that there are environmentally-sound solutions, but argues these can only come about from serious cooperation and an increased pressure from the international community.

Brian Eyler is director of the IES Abroad Kunming Center at Yunnan University. He has previously worked at Beijing Foreign Studies University and as a researcher at the University of California, San Diego.

“Eyler has written a breathtaking account of a journey down the river, from high up in the Chinese province of Yunnan to the Mekong Delta more than 2,700 miles away. . . . His book reads like a travelogue, filled with vivid descriptions of the places he visits and the people he encounters. But it is also a stark warning that the river is heading for irreparable ruin.” (Wall Street Journal)

“The definitive work on Asia's most vital river, this book is more than sound scholarship and wise policy. Eyler shares lyrical and haunting stories, showing how and why the Mighty Mekong must be saved.” (Ted Osius, former US ambassador to Vietnam (2014–17))

“A wonderfully illuminating and beautifully written portrait of life along the Mekong, and of the forces transforming the region. Eyler offers the type of insight that can only be gained from years of on-the-ground experience.” (Elizabeth Economy, director for Asia studies, Council on Foreign Relations)

“A moving requiem for a complex ecosystem upon which millions depend for their livelihoods. The book is an indictment of the failure to treat the Mekong as a single integrated system or to incorporate the local wisdom of the communities who best understand the river.” (Judith Shapiro, author of China’s Environmental Challenges)

1. Last Days of the Mighty Mekong

Book Description ZED BOOKS LTD, United Kingdom, 2019. Paperback. Condition: New. Language: English. Brand new Book. Celebrated for its natural beauty and its abundance of wildlife, the Mekong river runs thousands of miles through China, Myanmar, Laos, Thailand, Cambodia, and Vietnam. Its basin is home to more than 70 million people and has for centuries been one of the world's richest agricultural areas and a biodynamic wonder. Today, however, it is undergoing profound changes. Development policies, led by a rising China in particular, aim to interconnect the region and urbanize the inhabitants. And a series of dams will harness the river's energy, while also stymieing its natural cycles and cutting off food supplies for swathes of the population. In Last Days of the Mighty Mekong, Brian Eyler travels from the river's headwaters in China to its delta in southern Vietnam to explore its modern evolution. Along the way he meets the region's diverse peoples, from villagers to community leaders, politicians to policy makers. Through conversations with them he reveals the urgent struggle to save the Mekong and its unique ecosystem. Seller Inventory # AAR9781783607198

3. Last Days of the Mighty Mekong

4. Last Days of the Mighty Mekong

5. Last Days of the Mighty Mekong

6. Last Days of the Mighty Mekong

7. Last Days of the Mighty Mekong

10. Last Days of the Mighty Mekong

Shipping: US$ 14.89
From United Kingdom to U.S.A.
Destination, rates & speeds