Items related to Extracts From: The Second Sex

Extracts From: The Second Sex 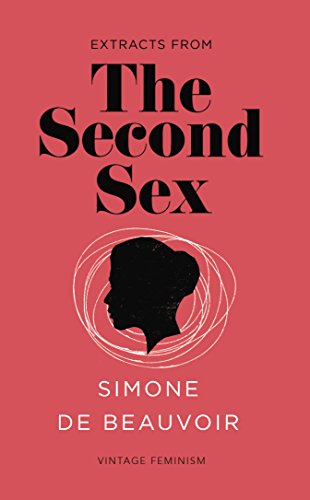 Simone de Beauvoir was born in Paris in 1908. In 1929 she became the youngest person ever to obtain the agregation in philosophy at the Sorbonne, placing second to Jean-Paul Sartre. She taught at the lycees at Marseille and Rouen from 1931-1937, and in Paris from 1938-1943. After the war, she emerged as one of the leaders of the existentialist movement, working with Sartre on Les Temps Mordernes. The author of several books including The Mandarins (1957) which was awarded the Prix Goncourt, de Beauvoir was one of the most influential thinkers of her generation. She died in 1986.

"A masterpiece" Vogue "Discovering The Second Sex was like an explosion in my skull, shattering illusions bred in a conventional fifties childhood...Re-reading the book now I realise how much of it is still entirely relevant, and that (despite advances) women are as much in need of liberation as ever" -- Bel Mooney "De Beauvoir was not just a genius as a theorist. She dared to live it. Challenging conventional marriage and sexual practice, she used her own experience to explore the emotional costs of jealousy, attachment, monogamy, bohemianism, sexuality, of love" -- Susie Orbach "A fine piece of work, a lucid translation" Independent "A fresh, much expanded, more intelligible book which repays re-reading by adherents of the old version, and cries out for attention from young women who have not been exposed to this most powerful of feminist thinkers" Irish Times

Book Description Paperback. Condition: New. Language: English. Brand new Book. Vintage Feminism: classic feminist texts in short formWITH AN INTRODUCTION BY NATALIE HAYNESWhen this book was first published in 1949 it was to outrage and scandal. Never before had the case for female liberty been so forcefully and successfully argued. De Beauvoir's belief that 'One is not born, but rather becomes, woman' switched on light bulbs in the heads of a generation of women and began a fight for greater equality and economic independence. These pages contain the key passages of the book that changed perceptions of women forever.TRANSLATED BY CONSTANCE BORDE AND SHEILA MALOVANY-CHEVALLIERANNOTATED AND INTRODUCED BY MARTINE REID. Seller Inventory # AAZ9781784870386

Shipping: US$ 9.06
From United Kingdom to U.S.A.
Destination, rates & speeds

4. Extracts from the Second Sex

5. Extracts From: The Second Sex

7. Extracts From: The Second Sex

Shipping: US$ 9.65
From United Kingdom to U.S.A.
Destination, rates & speeds