Items related to White Gold: The Inside Story of the UK's Largest...

Costello, Eugene White Gold: The Inside Story of the UK's Largest Ever Drugs Haul

White Gold: The Inside Story of the UK's Largest Ever Drugs Haul 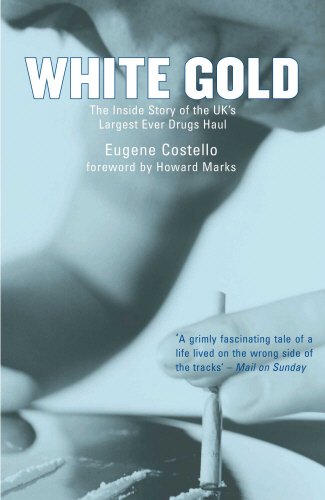 Throughout the '70s and '80s, the Highland fishing village of Ullapool was a tough place to make a living. Renowned for its lawlessness, it was no place for the squeamish. In the summer of 1989, a local man named Chris Howarth met an expatriate Scot who offered him some work, and set in motion a chain of events that would lead to what would be the UK's largest ever drugs haul. Around the same time, working on a tip-off from a local informant and intelligence from their Spanish counterparts, Customs and Excise became aware of a major plot to smuggle huge amounts of drugs into the UK around Ullapool. As a result of this information, Operation Klondyke was born. The trail would lead from Ullapool and the east coast of Scotland to the Costa del Sol, Gibraltar, and Venezuela. It would uncover distribution channels from Colombia's notorious Cali cartel to Europe and North America, operated by ruthless Spanish smuggling outfits. White Gold tells the inside story of Operation Klondyke through the eyes of both the hunters and the hunted.

Eugene Costello is a jornalist who has has written extensively for national newspapers and magazines. He is also the co-author of No One Takes My Children with Donya al-Nahi.

"'A great story, full of hilarious characters' **** - FHM" "'A grimly fascinating tale of a life lived on the wrong side of the tracks' - Mail on Sunday" "'The story unfurls with pace' - Scotland on Sunday"

1. White Gold: The Inside Story of the UK's Largest Ever Drugs Haul