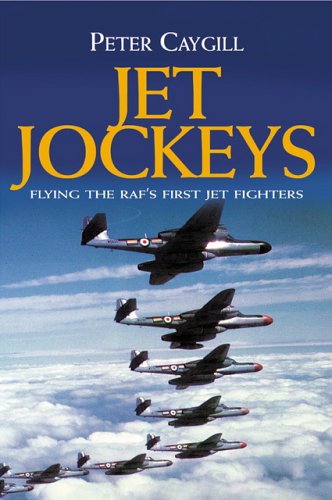 The Early days of British jet test pilots. This book describes the airplanes, plus their faults, quirks and flight advantages. It draws heavily upon the memories of those first RAF jet pilots - the jet jockets. We are taken aboard the first British jets to become operational, such as the Gloster Meteor and de Havilland Vampire and then through the late 1940s into the 1950s, including the experiences of pilots who flew the de Havilland Venom, North American Sabre and the controversial Supermarine Swift.

Book Description Airlife, 2002. Hardcover. Condition: New. Dust Jacket Condition: New. First Edition. Publisher's hardback in new condition: firm and square, no bumps, no splits. Complete with original dustjacket: sharp and bright, no tears, no chips. Contents tight, crisp and clean; no pen-marks. Not from a library so no such stamps or labels. Thus a tidy book in very presentable condition. Seller Inventory # 110435