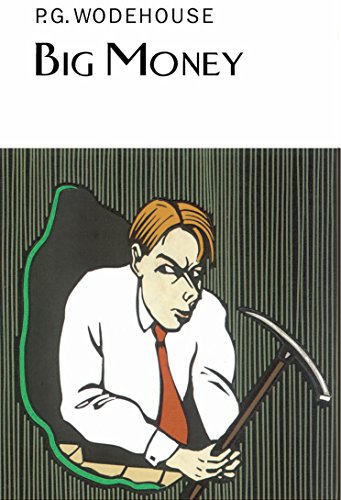 LORD BISKERTON, son and heir of the sixth Earl of Hoddesdon, and known to his friends as Biscuit, had red hair, a preliminary scenario for a moustache and a noble determination to escape the disgrace of work. His friend Berry Conway, however, had succumbed to economic pressure and become the secretary to T. Paterson Frisby, a dyspeptic American who had twenty million and loved every cent of it. When Biscuit and Berry pooled ideas for their mutual betterment, and one idea concerned Ann Moon, Frisby's beautiful niece and heiress, they had to lean heavily on Aunt Vera, an old campaigner in the field of love. How Uncle Paterson was caught short and rushed to cover, while Aunt Vera hedged the market with a double play and salted down two money-making engagements for the House of Hoddesdon, is one of the most irresistible tales of the one and only P. G.

Pelham Grenville Wodehouse (always known as `Plum') wrote more than ninety novels and some three hundred short stories over 73 years. He is widely recognised as the greatest 20th-century writer of humour in the English language. Perhaps best known for the escapades of Bertie Wooster and Jeeves, Wodehouse also created the world of Blandings Castle, home to Lord Emsworth and his cherished pig, the Empress of Blandings. His stories include gems concerning the irrepressible and disreputable Ukridge; Psmith, the elegant socialist; the ever-so-slightly-unscrupulous Fifth Earl of Ickenham, better known as Uncle Fred; and those related by Mr Mulliner, the charming raconteur of The Angler's Rest, and the Oldest Member at the Golf Club. In 1936 he was awarded the Mark Twain Prize for `having made an outstanding and lasting contribution to the happiness of the world'. He was made a Doctor of Letters by Oxford University in 1939 and in 1975, aged 93, he was knighted by Queen Elizabeth II. He died shortly afterwards, on St Valentine's Day.