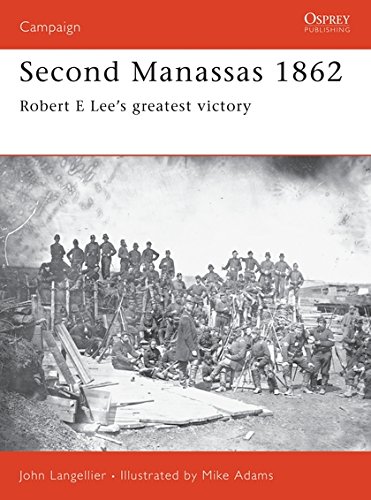 Osprey's examination of the culminating battle of the American Civil War (1861-1865). “There never was such a campaign, not even by Napoleon" wrote Confederate General Pender of the Second Manassas campaign in which the gray-bearded Virginian, Robert E Lee, came as close as he ever would to exterminating his Northern enemies. In so doing, Lee established himself as the South's pre-eminent military commander and the Army of Northern Virginia as it's most powerful weapon. The fighting in northern Virginia left Union General John Pope's career in tatters and proved the South was a power to be reckoned with. This book's powerful account demonstrates that during that fateful summer of 1862 Lee's soldiers were fighting for anything but a lost cause.

Highly visual guides to history's greatest conflicts, detailing the command strategies, tactics, and experiences of the opposing forces throughout each campaign, and concluding with a guide to the battlefields today.

John P. Langellier received his bachelor's and master's degrees in History from the University of San Diego and his Ph.D. in Military History from Kansas State University. He is the author of numerous books and monographs, including Warrior 31 Union Infantryman 1861-65 and Men-at-Arms 281 US Dragoons 1833-55.