Items related to Inspector French And The Starvel Tragedy

Inspector French And The Starvel Tragedy 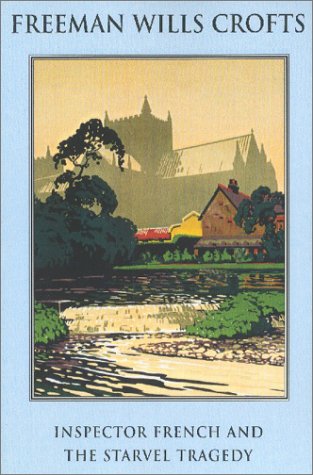 The lonely old house in Starvel Hollow stands as usual one evening. The next morning it is a heap of smouldering ruins. When the almost cremated remains of its three inmates are discovered an inquest is held and a verdict of accidental death arrived at. However, some weeks later an incident occurs which arouses suspicion in a bank manager and Inspector French is called in.

Freeman Wills Crofts was born in Dublin in 1879 and died in 1957. He worked for a Northern Irish railway company as an engineer until 1929, before turning to detective fiction His plots reveal his mathematical training and he specialised in the seemingly unbreakable alibi, laying layer upon layer within his stories. He loved ships and trains and the intricacies of transport timetables feature in many of his stories. Crofts’ best-known character is Inspector Joseph French. French appears for the first time in Inspector French’s Greatest Case. He is a detective who achieves his results through dogged persistence.

1. Inspector French And The Starvel Tragedy