Items related to The Face In The Night

Wallace, Edgar The Face In The Night

The Face In The Night 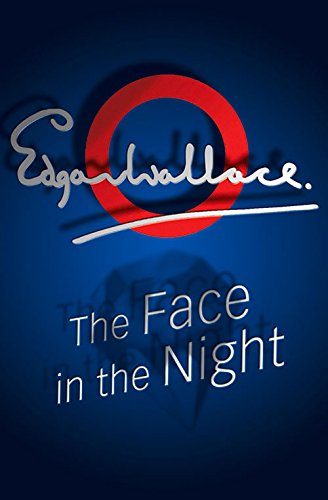 The green face hangs in the Room of Horror and around it grows a living, baffling legend of mystery and murder. At 2:00 a.m. the Embankment fog is thick and black. Men are gathered round a body. The dead man was clubbed and then thrown into the Thames. Dick Shannon races back to Scotland Yard, which is humming with the latest news: the Queen of Finland's car has been held up in The Mall and her diamond chain has vanished into the fog.

Richard Horatio Edgar Wallace was born illegitimately in Greenwich, London, in 1875 to actors Mary Jane Richards and T.H. Edgar. As an infant he was adopted by George Freeman, a porter at Billingsgate fish market. Aged eleven, Wallace sold newspapers at Ludgate Circus and upon leaving school took a job with a printer. He later enlisted in the Royal West Kent Regiment, before transferring to the Medical Staff Corps, and was sent to South Africa.

In 1898, he published a collection of poems called 'The Mission that Failed', and subsequently left the army to become correspondent for Reuters. South African war correspondent for 'The Daily Mail' followed and his articles were later published as 'Unofficial Dispatches'. His outspokenness infuriated Lord Kitchener, who removed his credentials. He then edited the 'Rand Daily Mail', but gambled disastrously on the South African Stock Market.

Returning to England, Wallace at first reported on crimes and hanging trials, before becoming editor of 'The Evening News'. It was in 1905 that he founded the Tallis Press, publishing 'Smithy', a collection of soldier stories, and 'The Four Just Men'. The latter was published with the ending removed as an advertising stunt and he offered $500 to readers who could successfully guess the ending. Unfortunately, many did and he was almost bankrupted. At various times Wallace also worked as a journalist on 'The Standard', 'The Star', 'The Week-End Racing Supplement' and 'The Story Journal'.

In 1917, he became a Special Constable at Lincoln's Inn and also a special interrogator for the War Office. The Daily Mail sent Wallace to investigate atrocities in the Belgian Congo, a trip that provided material for his 'Sanders of the River' books. In 1923, he became Chairman of the Press Club and in 1931 stood as a Liberal Parliamentary candidate for Blackpool.

Wallace's first marriage in 1901 to Ivy Caldecott, daughter of a missionary, ended in divorce in 1918 and he later married his much younger secretary, Violet King.

Along with countless articles, some 23 screenplays and many short stories, Wallace wrote more than 170 books, which have been translated into 28 languages and sales of which have exceeded 50 million copies. Over 160 films have been made from his books - more than any other author. In the 1920's one of Wallace's many publishers claimed that a quarter of all books read in England were written by him. His sales were exceeded only by 'The Bible'.

He died in 1932 whilst working on the screenplay for 'King Kong', having moved to Hollywood after being offered a contract by RKO.

1. The Face In The Night

2. The Face in the Night

Book Description House of Stratus, 2001. Paperback. Condition: Used; Good. **SHIPPED FROM UK** We believe you will be completely satisfied with our quick and reliable service. All orders are dispatched as swiftly as possible! Buy with confidence!. Seller Inventory # mon0002189758

3. The Face In The Night

Book Description House of Stratus, 2001. Condition: Good. A+ Customer service! Satisfaction Guaranteed! Book is in Used-Good condition. Pages and cover are clean and intact. Used items may not include supplementary materials such as CDs or access codes. May show signs of minor shelf wear and contain limited notes and highlighting. Seller Inventory # 1842326791-2-4

4. The Face In The Night

Book Description Paperback. Condition: Very Good. The book has been read, but is in excellent condition. Pages are intact and not marred by notes or highlighting. The spine remains undamaged. Seller Inventory # GOR003801250

Shipping: US$ 8.63
From United Kingdom to U.S.A.
Destination, rates & speeds