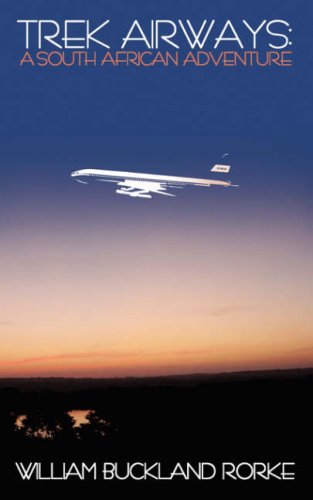 Unless a person is directly involved in the task of starting and building an airline, unless he has lived through the almost impossible struggles that stood in the way of such a venture, it is almost beyond imagination to absorb the problems that beset such an adventure. . .This book tells only a fraction of the story but records a giant step in the development of the airline industry in South Africa. John Foggitt, founder of TFC Tours. From the formation of the original directors of Trek Airways and the effects of apartheid sanctions, from the South African veld to the stylish London 'Safari Club', William Buckland Rorke, or 'Paddy', takes us on a veritable South African adventure in this book. Full of ups and downs, both metaphorical and literal, he describes the birth and rise of one of the most successful private airlines in South Africa in the twentieth century. It is the story of a goal reached by a handful of young enthusiasts. . .a tribute to the single- mindedness of the men with imagination, drive, resourcefulness, with an entrepreneurial spirit and willing to take chances yet without being reckless or foolhardy.

PADDY RORKE, of Irish descent, was born in Witbank, South Africa. He matriculated from Pretoria Boys High at the age of fourteen. In 1936, he was the first charted accountant in Pretoria to qualify with a B.Com degree. He was awarded an Honorary Life Member of the S.A. Institute of Chartered Secretaries and Administrators. He was Chairman of Trek Airways for twenty-five years.