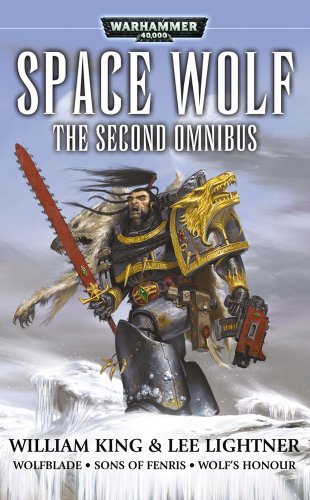 This omnibus contains the next three books in the Space Wolf series by William King and Lee Ligthner.  The books included are Wolfguard, Sons of Fenris and Wolf's Honour as well as a short story

William King was born in Stranraer, Scotland in 1959. His short stories have appeared in the Year's Best SF, Zenith, White Dwarf and Interzone. He is the creator of the much-loved Gotrek & Felix characters and has also written four Space Wolf novels. Lee Lightner is the pen name of Jeff Smith and Harry Heckel - two former Games Workshop employees and experts on the world of Space Wolf.