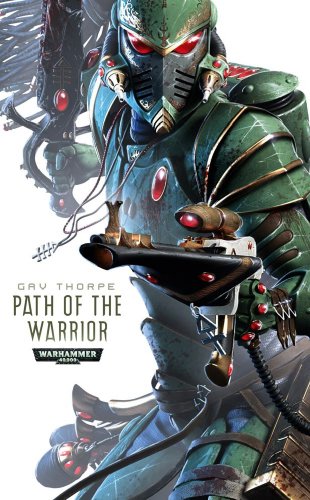 The first book in the Path of the Eldar series

An alien eldar sets upon the Path of the Warrior. He finds solace in battle until he is almost killed by orks, but a greater challenge yet awaits him - an Imperial invasion.

Gav Thorpe has been rampaging across the worlds of Warhammer and Warhammer 40,000 for many years as both an author and games developer. His works include the hugely popular Angels of Darkness, the Last Chancers series and the ongoing epic tale of The Sundering. He is currently laying low in Nottingham and avoiding the authorities, while his mechanical hamster Dennis is hiding out in the Amazonian rainforest where he is worshipped as a god by several lost tribes of natives.

1. Path Of The Warrior (path Of The Eldar Series)