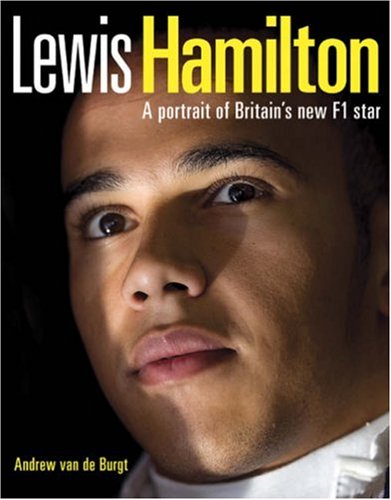 After the most sensational debut in Formula 1 history, Lewis Hamilton has become a household name and front-page news around the world. Right from the start of the 2007 F1 season Hamilton caused a huge stir, finishing third in his first race and then scoring his maiden victory, in the Canadian Grand Prix, in only his sixth race and his second a week later at the Indianapolis Motor Speedway. The 22-year-old Englishman has revitalized Formula 1: his lack of arrogance and cool-headedness seem at odds with the traditional make-up of Formula 1 stars, and his supreme confidence, self-control and natural talent suggest that his status as a sporting icon is already assured.

Andrew van de Burgt is editor of Autosport, the hugely respected motor racing weekly. Andrew has reported for the magazine on Lewis Hamilton’s progress in F3, GP2 and F1, and has come to know him well.

1. LEWIS HAMILTON: A PORTRAIT OF BR