Items related to The Concept of a Philosophical Jurisprudence (Michael...

The Concept of a Philosophical Jurisprudence (Michael Oakeshott Selected Writings) 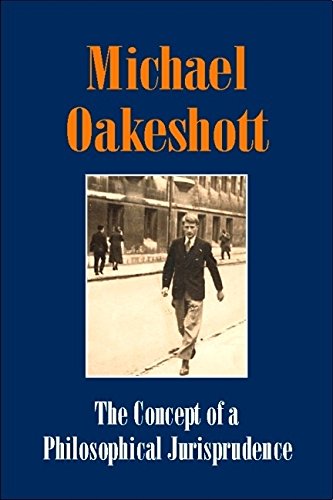 This volume brings together for the first time over a hundred of Oakeshott's essays and reviews, written between 1926 and 1951, that until now have remained scattered through a variety of scholarly journals, periodicals and newspapers. A new editorial introduction explains how these pieces, including the lengthy essay on the philosophical nature of jurisprudence that occupies an important position in Oakeshott's work, illuminate his other published writings. The collection throws new light on the context of his thought by placing him in dialogue with a number of other major figures in the humanities and social sciences during this period, including Leo Strauss, A.N. Whitehead, Karl Mannheim, Herbert Butterfield, E.H. Carr, Gilbert Ryle, and R.G. Collingwood.

"O'Sullivan's collection merits close attention, for its records the process of development that saw Oakshott the philosopher become Oakeshott the political commentator."

1. The Concept of a Philosophical Jurisprudence (Michael Oakeshott Selected Writings)