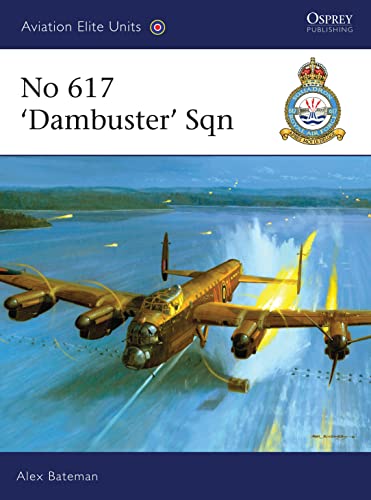 Most famous for the dambusting raid in the darkest days of the Second World War, the No 617 Sqn were a vastly experienced crew, yet little has been written about the unit's later operations. Formed in 1943 and trained to learn new and unused bombing techniques, the squadron pioneered various experimental weapons throughout the entirety of the war, using both Mosquitoes and Mustangs in addition to standard and non-standard Lancasters. It was also the first and only squadron to use certain equipment and weapons (22,000 lb Tallboy bomb, for example) in combat. Covering the complete history of the No 617 Squadron, including before, during, and after the Dambusters Raid, this study draws on previously unpublished information to explain the men, aircraft, weapons and operations of this experimental squadron. Color plates of the planes and uniforms bring this history to life, including a never-before seen squadron badge which was rejected and never made it onto the uniforms of the squadron.

Alex Bateman is a born and bred Londoner whose interest in the wartime No 617 Sqn and Bomber Command began as a child. Since his early teens he has been researching the men and aircraft of Bomber Command, and has written numerous articles and contributed to television programs, museum displays and other books. This is his first title for Osprey. The author lives in London, England.

"Author Alex Bateman does a super job of telling the story of 617 squadron. His research into the missions and the personalities behind those missions helps to make this book a most interesting read. This is further enhanced by an excellent selection of photographs and eight full pages of color profiles of the aircraft flown by 617 squadron during the war. Of course, the unit still exists and is currently flying Tornado GR.4 aircraft. This is an outstanding book on the subject and is one that I can easily recommend to you." -Scott Van Aken, Modeling Madness/modelingmadness.com (November 2009)

"The book reads more like the reference material as it is meant to be for the Elite series of books, but is still a terrific source of information for modeler if you intend to build a model. This book is an added value to the many reference books I have and I highly recommend it." -Robert DeMaio, IPMS/USA (December 2009)