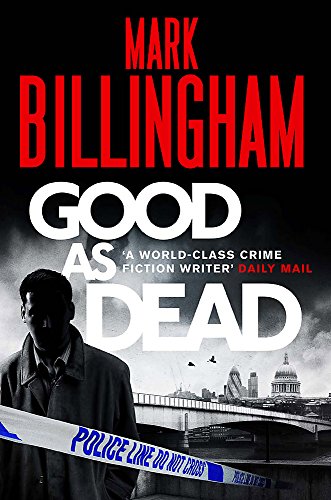 The Hostage. Police officer Helen Weeks walks into her local newsagent's on her way to work. Little does she know that this simple daily ritual will change her life forever. It's the last place she expects to be met with violence, but as she waits innocently at the till, she comes face to face with a gunman. The Demand. The crazed hostage-taker is desperate to know what really happened to his beloved son, who died a year before in youth custody. By holding a police officer at gunpoint, he will force the one man who knows more about the case than any other to re-investigate his son's death. That man is DI Tom Thorne. The Twist. While Helen fights to stay alive and the body-count rises,Thorne must race against time if he is to bring a killer to justice and save a young mother's life.

Mark Billingham has twice won the Theakston's Old Peculier Award for Crime Novel of the Year, and has also won a Sherlock Award for the Best Detective created by a British writer. Each of the novels featuring Detective Inspector Tom Thorne has been aSunday Timesbestseller.SleepyheadandScaredy Catwere made into a hit TV series on Sky 1 starring David Morrissey as Thorne, and a new series based on the novelsIn the DarkandTime of Deathwill be broadcast on BBC1 in 2017. Mark lives in north London with his wife and two children.

"A tightly plotted and suspenseful thriller sure to please fans of the genre."―Library Journal

"One of the most consistently entertaining, insightful crime writers working today."―Gillian Flynn

"With each of his books, Mark Billingham gets better and better. These are stories and characters you don't want to leave."―Michael Connelly

"Tom Thorne is the new superstar detective...Mark Billingham is the new-wave leader of crime fiction."―Lee Child

Shipping: US$ 8.62
From United Kingdom to U.S.A.
Destination, rates & speeds