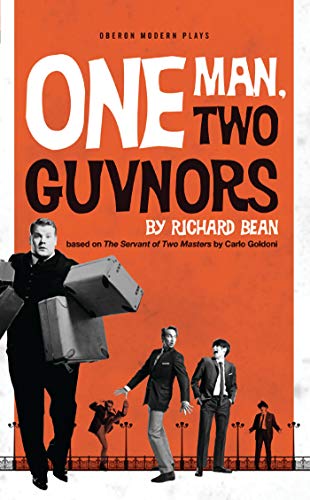 "An instant hit. . . . This is the most hilarious comic evening in the theatre since Noises Off"—The Stage

Based on Carlo Goldoni's classic Italian comedy The Servant of Two Masters, in this new English version by prize-winning playwright Richard Bean, sex, food, and money are high on the agenda.

RICHARD BEAN, a renowned British playwright has had plays staged worldwide. An award winning writer his first full length play, Of Rats and Men went to Edinburgh & was adapted for BBC radio where it was nominated for a Sony Award. This was followed by Toast, a hit at the Royal Court. His other plays have been staged at the National Theatre, the Bush Theatre and the Hampstead theatre. Bean also won the 2005 Critics' Circle Theatre Best New Play Award for Harvest. Bean’s latest play The Big Fellah opened to rave reviews and was nominated for the 2010 Evening Standard Theatre Award for Best New Play.

Book Description Bloomsbury Publishing PLC, United Kingdom, 2012. Paperback. Condition: New. None, UK ed. Language: English. Brand new Book. Fired from his skiffle band, Francis Henshall becomes minder to Roscoe Crabbe, a small time East End hood, now in Brighton to collect GBP6,000 from his fiancee's dad. But Roscoe is really his sister Rachel posing as her own dead brother, who's been killed by her boyfriend Stanley Stubbers. Holed up at The Cricketers' Arms, the permanently ravenous Francis spots the chance of an extra meal ticket and takes a second job with one Stanley Stubbers, who is hiding from the police and waiting to be re-united with Rachel. To prevent discovery, Francis must keep his two guvnors apart.Simple.Based on Carlo Goldoni's classic Italian comedy The Servant of Two Masters, in this new English version by prize winning playwright Richard Bean, sex, food and money are high on the agenda. Seller Inventory # AAJ9781849430296