Items related to Ladykiller: Did This Man Kill Suzy Lamplugh? 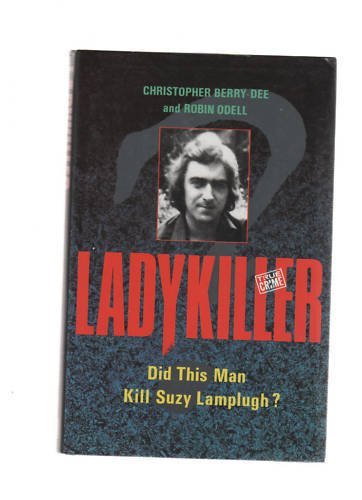 John Cannan is serving life for the murder of Shirley Banks. He is widely regarded as being the prime suspect for the "Mr Kipper" in the Suzy Lamplugh case. Although convicted of murdering only one woman, was he a serial killer in the making? This study takes the reader on a journey into the mind of a cold-blooded killer. But John David Guise Cannan is not your typical murderer - a dark-haired, blue-eyed charmer who had no problem attracting women - he admitted nothing until he was outwitted by the patient questioning of an astute detective. In order to understand why Cannan's life catapulted off course into realms of fantasy and violence, this book draws on the latest methods of psychological profiling developed by the FBI. But most remarkable of all, the authors engaged in an intense three-year correspondence with Cannan, during which he described his feelings and actions in his own words.

1. Ladykiller: Inside the Mind of John Cannan

2. Ladykiller: Inside the Mind of John Cannan

3. Ladykiller: Inside the Mind of John Cannan

Book Description Hardback. Condition: Very Good. The book has been read, but is in excellent condition. Pages are intact and not marred by notes or highlighting. The spine remains undamaged. Seller Inventory # GOR001148629

4. Ladykiller: Inside the Mind of John Cannan

Book Description Hardback. Condition: Good. The book has been read but remains in clean condition. All pages are intact and the cover is intact. Some minor wear to the spine. Seller Inventory # GOR001846766