Items related to The Small House at Allington (Wordsworth Classics) 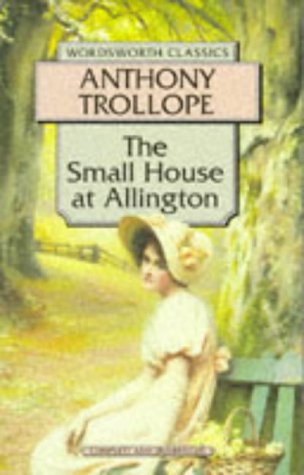 Roderick Random was published in 1748 to immediate acclaim, and established Smollett among the most popular of eighteenth-century novelists. Narrated by an unheroic, apparently rudderless hero named Random, Smollett's wildly energetic and entertaining novel is held together not least by the narrator's outrage and dismay. Although Roderick Random was first published anonymously, the secret of Smollett's authorship was soon discovered, with the result that many readers thought they recognized similarities between the life of the hero and that of his creator. Certainly Roderick Random's early years - disinherited and without wealth and influence - and his university career, apprenticeship and service as a naval surgeon, vividly reflect the experiences of the author. How Random learns to survive the fickle hand of fortune, recovers his long-lost father, marries his beloved Narcissa, and dispatches his enemies is the stuff, not of autobiography but of a novel which profoundly satirizes the moral chaos of its times. Dickens and Thackeray, among other great Victorians, applauded Smollett for his wit and invention, and in Roderick Random we enjoy the novel of a pioneer opening up the frontiers of fiction.

Anthony Trollope (24 April 1815- 6 December 1882) was one of the most successful, prolific and respected English novelists of the Victorian era. Some of his best-loved works, the Chronicles of Barsetshire, revolve around the imaginary county of Barsetshire Dinah Birch writes regularly for the London Review of Books and the Times Literary Supplement. She is the editor of the Oxford Companion to English Literature and of Oxford World's Classics editions of Ruskin's Selected Writings, Gaskell's Cranford, and Trollope's Can You Forgive Her?