Items related to Statement And Inference 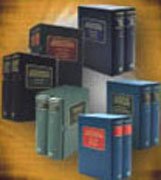 ‘--by far the most influential philosophical teacher in Oxford’ --H. Joseph, Proceedings of the British Academy, 1916
John Cook Wilson, Wykeham Professor of Logic at Oxford from 1899 to 1915, swung British philosphical opinion away from Idealism and towards Realism. Cook Wilson used careful attention to the grammatical form of language--including verbal stress and context--as the method of investigating the foundations of human knowledge. The result was a neo-Aristotelian notion of substances that are directly known to us in perceptual experience. He explained the difficulties of perceptual illusion by appealing to Locke’s distinction between primary and secondary qualities. Although he published little in his lifetime, Cook Wilson’s teaching had a huge influence on generations of Oxford students. His more famous pupils included Gilbert Ryle and J. L. Austin.

Today, there are clear signs of a reawakening of interest in Cook Wilson, especially in the recent writings of John McDowell and Timothy Williamson. This interest centres around Statement and Inference, Cook Wilson’s single major publication. Published posthumously in 1926, it consists of his collected journal articles, lectures,manuscript remains, correspondence and a memoir. Thoemmes Press is pleased to present this scarce two-volume work in facsimile, with a new introduction by Mathieu Marion.