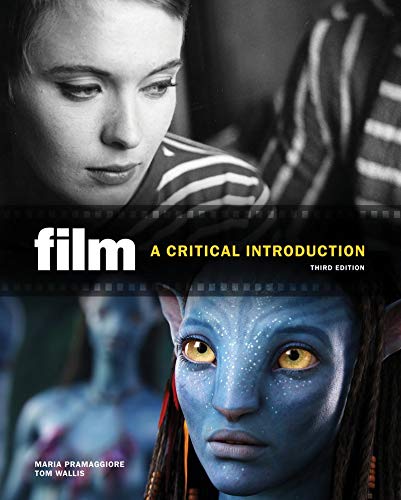 by Maria Pramaggiore and Tom Wallis, both of North Carolina State University

Film: A Critical Introduction is an exciting new offering that provides students with a comprehensive introduction to film studies. It does not merely address techniques and terminology used in film production and film criticism; but also emphasizes thinking and writing critically and effectively about film.

Organized in three parts, the text focuses on the fundamentals of film analysis before moving on to more complex topics.

Praise for Film: A Critical Introduction
“I thought this was one of the best introduction to film books I’d ever read. It’s beautifully written, extremely knowledgeable, current, and complete. As the authors recognize, teaching introduction to film involves teaching writing about film. This book’s efforts to incorporate the writing process in stages which unfold through the chapters is brilliant.”
Cynthia Erb, Wayne State University

“Pramaggiore and Wallis are exceptional writers for this audience….The writing is clear and compelling. The chapter selection and sequence is manageable and useful. The insights and progression of thought are solid. The idea to emphasize student writing in each chapter is a real strength of this text….They cover an astonishing amount of ground with a minimum of fuss.”
Dann L. Pierce, University of Portland

“This text is extremely well-organized and the examples cited are dead-on and up-to-date….This text makes both contemporary and classical references, certain to make its point clear to those students who are beginners and who have not seen many classical films.”
Walton Jones, University of California, San Diego