Items related to The Prehistory of Sex: Four Million Years of Human... 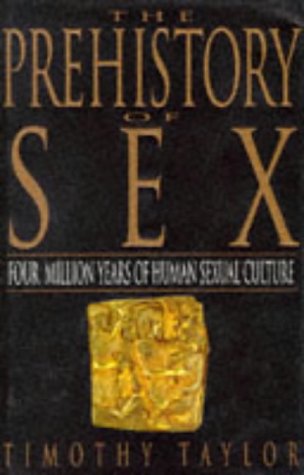 In prehistory, what idea did early humans have of fatherhood? What did they consider to be attractive physical features? Was a distinction made between heterosexuality and homosexuality? What was their idea of propriety - if they had one? These questions are addressed in this book, using new techniques to examine archaeological remains and evolutionary evidence of the prehistoric way of life. The impact of distinctive physical features of the human species is assessed, and sociological developments are also considered. Looking at prehistory in this way raises questions about our own lives in the late 20th century, and the author discusses fiercly-debated modern questions as to whether sexuality is genetically determined, or whether it is nature or nurture which governs our behaviour. He also considers in detail the biological differences between the sexes, in particular reproduction, and the different selection pressures on the sexes. This study is a survey of the sexuality and sexual politics of human existence.

Accessibly written and supported by the latest research, The Prehistory Of Sex explores everything from ancient contraception to methods of abortion, from homosexuality to transvestism. The book is richly illustrated with more than fifty photographs of "pornographic" cave art, sexual grave goods, and sensual sculptures, which invite readers to become voyeurs into the bizarre, and hitherto uncovered, prehistoric sexual world.

and provocative book leaves no stone unturned and no taboo untouched as it pieces together evidence from highly controversial artifacts and human remains to decipher the mysteries of Stone Age sex. Archaeologist Timothy Taylor paints a dramatic and startling picture of our sexual evolution as he follows human sexuality from its origins four million years ago to modern times to answer our most titillating questions about this endlessly fascinating and
powerful subject.

1. The Prehistory of Sex

2. The Prehistory of Sex

Shipping: US$ 9.09
From United Kingdom to U.S.A.
Destination, rates & speeds