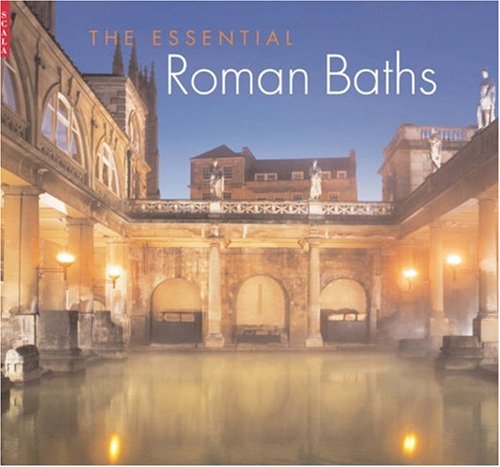 The Roman Baths at Bath is the best-preserved ancient baths and temple complex in northern Europe. It is here, at the heart of the World Heritage Site of Bath, that the only thermal springs in the UK emerge from deep underground, bringing health and vitality to this beautiful city. In the first century AD, the Romans chose this site to build the most dramatic suite of public buildings of Roman Britain. At the Roman Baths visitors can see in-situ remains and ornate architectural fragments of the magnificent Temple of Sulis Minerva, goddess of the thermal spring, and the remarkably well-preserved bath-house frequented by residents and pilgrims nearly 2,000 years ago. Also on display are coins and curses thrown into the Sacred Spring as petitions to the presiding goddess, inscriptions recording local people and well-travelled pilgrims, and numerous other treasures unearthed through archaeological excavations over the past 300 years. The Essential Roman Baths is the brand-new authorised guide to the