Items related to The Silent Sound: Two Years In Antarctica And The Story...

Pearce, Cliff The Silent Sound: Two Years In Antarctica And The Story of the First Winter Occupation of Alexander Island

The Silent Sound: Two Years In Antarctica And The Story of the First Winter Occupation of Alexander Island 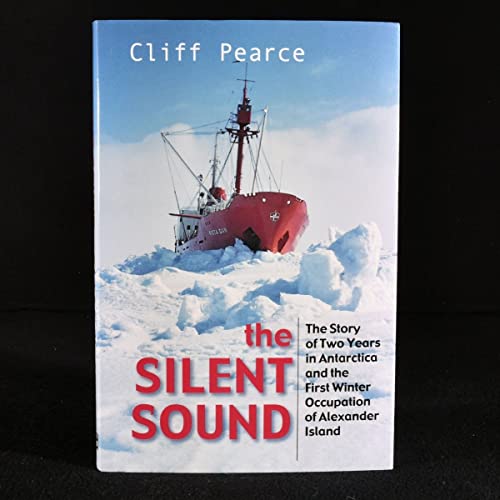 "The Silent Sound" is Cliff Pearce's wonderful account of the time he spent on British bases in Antarctica forty years ago - when facilities for scientists were even more primitive, and conditions more dangerous than they are today. He was one of three men to establish the first winter base on the desolate Alexander Island - spending months trapped in a hut with dwindling supplies, increasingly frustrated by the three-month delay in the arrival of the summer sledging teams. Cliff Pearce is nonchalantly amusing about the frustrations and perils of daily life in one of the loneliest places on earth. But his excitement and sense of privilege at being there shine through, and he conveys his love and awe of the breathtaking glacial scenery in haunting descriptions

Cliff Pearce was born and educated in Middlesex. After graduating from Keele University he served in Antarctica with the Falkland Islands Dependencies Survey from late 1952 to 1962. An Antarctic mountain, Pearce Dome, was named for him. He worked for 36 years in school teaching, including 25 years as a Headmaster in three secondary schools. He spent a year teaching in California and was awarded an NAHT Page Scholarship in 1985 for studies in aspects of American Education. He is a Fellow of the Royal Geographical Society and has membership of the Antarctic and British Antarctic Survey Clubs. Married with a daughter and twin sons, Cliff Pearce lives in Norfolk.

1. The Silent Sound: Two Years In Antarctica And The Story of the First Winter Occupation of Alexander Island