Items related to The Heart of a Dog

Mikhail Bulgakov; Michael Glenny The Heart of a Dog 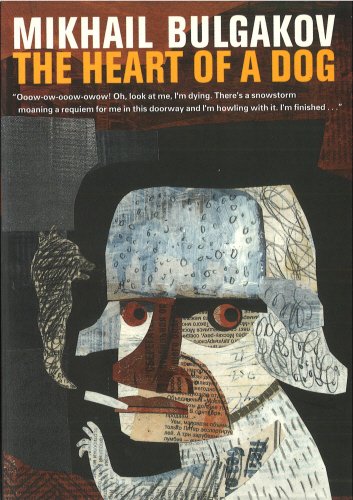 A world-famous Moscow professor-rich, successful, and violently envied by his neighbors-befriends a stray dog and resolves to achieve a daring scientific "first" by transplanting into it the testicles and pituitary gland of a dead man. But the results are wholly unexpected: a distinctly and worryingly human animal is on the loose, and the professor's hitherto respectable life becomes a nightmare beyond endurance.

As in The Master and Margarita, the masterpiece he completed shortly before his death, Mikhail Bulgakov's early novel, written in 1925, combines outrageously grotesque ideas with a narrative of deadpan naturalism. The Heart of a Dog can be read as an absurd and wonderfully comic story; it can also be read as a fierce parable of the Russian Revolution.

This early novella from Mikhail Bulgakov, published in 1925, already shows the surreal comic genius that later produced The Master and Margarita, the writer's masterpiece. A kind of Frankenstein parable, Heart of a Dog is the story of a stray dog that gains a human intelligence after a prominent Moscow professor transplants human glands into the unfortunate canine's body.

Mikhail Bulgakov (1891-1940) was born and educated in Kiev, where he graduated as a doctor. He rapidly abandoned medicine to write some of the greatest Russian literature of this century.

2. The Heart Of A Dog Bulgakov, Mikhail; Kurkov, Andrey and Glenny, Michael