Items related to After Silence : Rape and My Journey Back

Raine, Nancy Venable After Silence : Rape and My Journey Back

After Silence : Rape and My Journey Back 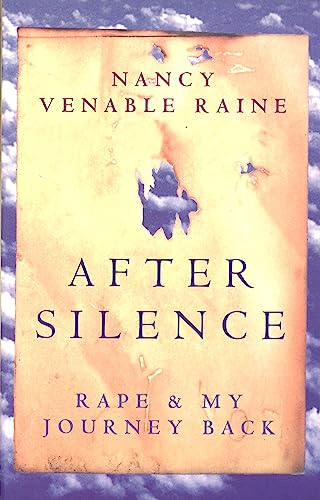 The subject of rape has long been 'unspeakable' and remains one of the most controversial and emotionally charged issues for society. For Nancy Venable Raine, second only to the soul-breaking burden of her rape at 39 was the silence that shrouded it, a silence born of her own feelings of shame and the incomprehension of others. She uses the redemptive power of language to lift the silence that is rape's legacy and to promote an understanding of the stigma that haunts rape's survivors. Using wide-ranging sources from literature, mythology, psychology and feminist theory, she exposes the complicated damage and response caused by rape. Like William Styron's book on depression, this should become the definitive work on the effects and recovery of rape, so intelligently and beautifully is it written.

"The words shut up are the most terrible words I know," writes Nancy Venable Raine. "The man who raped me spat these words out over and over during the hours of my attack--when I screamed, when I tried to talk him out of what he was doing, when I protested." It took Raine seven years before she could start to remove the chains those words had wrapped around her spirit by writing about how the anonymous assailant had transformed her forever. "I have noted what has come into my view as I go about my life," she says, "seeing the world through the eyes of a woman who remembers rape." Raine brings a poet's attention to language and imagery to her account, infusing After Silence with powerful immediacy. The reader is made to understand why an event as seemingly innocuous as a landlord asking for a spare set of keys to one's apartment can strike dread into one's heart. As Raine takes us through her personal journey of recovery, she also explores the shifting cultural consciousness toward rape, from the acknowledgement of posttraumatic stress suffered by rape victims to the portrayal of rape in movies. It's this willingness to interrogate the world around her, combined with an emotional honesty that portrays intimate drama without resorting to sensationalism, that makes After Silence one of the most important memoirs of the 1990s. --Ron Hogan

The word "silence," like the word "community," has been drained of meaning and turned into an empty buzzword by PC ideologues. Seeing it in the title of Nancy Venable Raine's account of the brutal rape she suffered in 1985 sets off alarm bells for any reader who'd prefer to avoid the kind of lifeless, committee-approved prose or incendiary propaganda found in many feminist writings on
rape. Rape is, simply, a horror, and while you can't blame feminists too much for wanting to master and contain it with language, what some of them have wound up doing instead is building a cage of dead words while the terrible essence of rape escapes.

But Raine hasn't produced one of those books filled with slogans and bromides. A powerful writer, reflective and inward-looking (to a fault, perhaps), she brings a scrupulously honest attention to the task of describing how it felt to be assaulted, in her own home, during the 39th year of her life, by a stranger whose face she never saw, a man who terrorized her for hours and threatened her with death. Just before the attack, she had heard a bird sing, a sound of "singular joy," and felt "blessed." And she had been, in a way. The child of loving parents, a smart, able woman with plenty of close friends, Raine hadn't lived a life free of grief, but she did
come from a world of nice people who behaved properly. "The loss of faith that there is order and continuity in life -- that life is meaningful -- is the most personal of all losses," she writes.

The rape plunged Raine into chaos and fear. Eventually, she married and rebuilt a happy life, but one that felt fissured and
artificial until she began, years after the rape, to confront the experience and tell her story. Raine describes herself at dinner
parties and other social events, confronted by flustered bourgeois matrons who can't understand how she can write about something "so very personal," and who inform her that "people don't like to read about such terrible things." These moments, and other off-key reactions from friends and relatives, bother her tremendously, which puzzled me until I came to understand that when Raine writes of "the death of the person I had been for thirty-nine years" she means, among other things, the death of a "nice," decorous middle-class lady who needs to see herself reflected in the approving eyes of her peers. Although "After Silence" is the story of a woman who survives a horrendous ordeal, it's also the story of someone slowly and painfully acquiring a genuine identity. That
achieving this sometimes results from suffering, or even a harrowing encounter with evil like Raine's, is one of life's strangest ironies.
--From Salon Magazine, Reviewed by Laura Miller 8/21/98

After Silence: Rape And My Journey Back