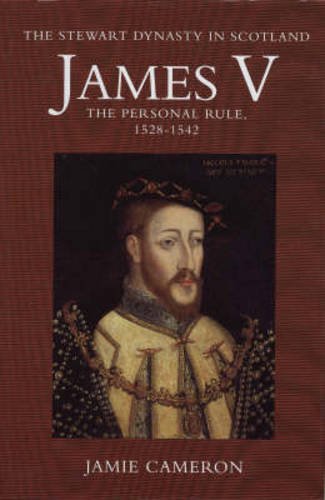 Though overshadowed by his father, James IV, and his daughter, Mary, Queen of Scots, James V was nonetheless a crucial figure in British history, as is shown in this dissenting opinion about his reign as England's king. Concentrating on James V's style of government and his relations with the nobility, this account challenges the widely held view that James was both vindictive and irrational. In spite of a few unpleasant personal traits, it is argued, his reign closely resembled that of his more popular father, and the rebelliousness of his magnates in 1542 was due to the political landscape of Britain rather than any aspect of James' temperament.

Jamie Cameron taught in the department of Scottish history at the University of St. Andrews in Scotland.

Buy Used
Condition: Very Good
In this book on James V, the author... Learn more about this copy

Book Description Paperback. Condition: Very Good. In this book on James V, the author concentrates on his style of government and relations with his nobility, and challenges the widely held view that he was a vindictive and irrational king. The text offers a rounded picture of a monarch who enjoyed impressive magnate support until 1542. The book has been read, but is in excellent condition. Pages are intact and not marred by notes or highlighting. The spine remains undamaged. Seller Inventory # GOR007214796

Shipping: US$ 6.55
From United Kingdom to U.S.A.
Destination, rates & speeds