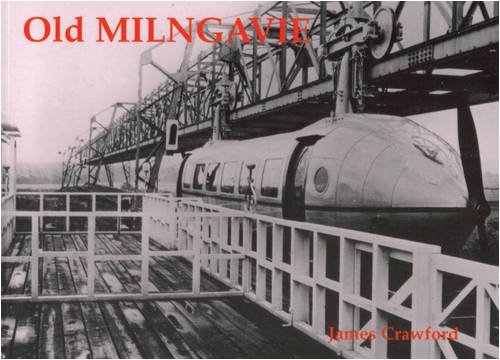 Demure Milngavie was the location for an extraordinary experiment in public transport during the 1920s. George Bennie's railplane propelled pod-like carriages along elevated tracks using a propellor, and two fine pictures of the prototype line and carriage, built in Milngavie, feature in James Crawford's book. Elsewhere the town looks more familiar, with Main Street and Douglas Street recognisable, but showing changes too. Lost landmarks such as the station goods yard, and a picture of Allander Toll long before the roundabout was built there, are two of many other interesting pictures in the book.

Shipping: US$ 22.29
From United Kingdom to U.S.A.
Destination, rates & speeds