Items related to The Fun Palace: An Autobiography

The Fun Palace: An Autobiography 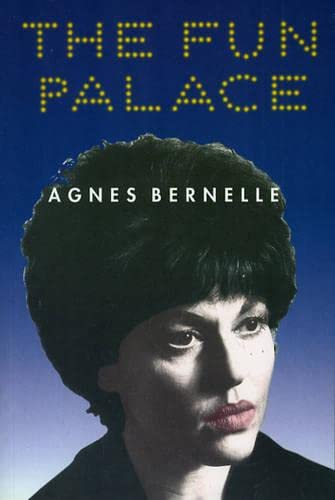 Agnes Bernauer was born in Berlin in 1923, daughter of a renowned Jewish-Hungarian theater impresario. She made her main contribution to the war effort in the guise of a German radio announcer, Vicky, the Allied answer to Tokyo Rose. Agnes bartered clothes for hotel bills, performed impromptu cabaret in Barcelona, summered in Cannes and received the affections of, among others, Claus von Bülow and King Farouk. In 1956 she shocked audiences as Salome - the first ""non-stationary nude"" in London theater. While auditioning for Footlights she devised the concept for her original satirical cabaret, based on the work of Brecht and Weil, that became the first solo show at Peter Cook's Establishment in Soho.

Agnes Bernelle, one of Ireland's best-loved stage performers, was born Agnes Bernauer in Berlin in 1923, the daughter of a renowned Jewish-Hungarian theatre impresario. In this sparkling, intimate memoir she recounts her early years in Germany, her family's flight to London after Hitler came to power, her anti-Nazi broadcasts to the land of her birth, her turbulent loves and family life, the blossoming of her career in film and theatre - from wartime refugee cabaret to the West End - and her eventual move to Glaslough in Ireland in 1963.

3. The Fun Palace: An Autobiography

Book Description Lilliput Pr Ltd, 1997. Condition: Good. A+ Customer service! Satisfaction Guaranteed! Book is in Used-Good condition. Pages and cover are clean and intact. Used items may not include supplementary materials such as CDs or access codes. May show signs of minor shelf wear and contain limited notes and highlighting. Seller Inventory # 1874675287-2-4

4. The Fun Palace: An Autobiography

5. The Fun Palace: An Autobiography