Items related to Kakapo: Rescued from the Brink of Extinction

Ballance, Alison Kakapo: Rescued from the Brink of Extinction

Kakapo: Rescued from the Brink of Extinction 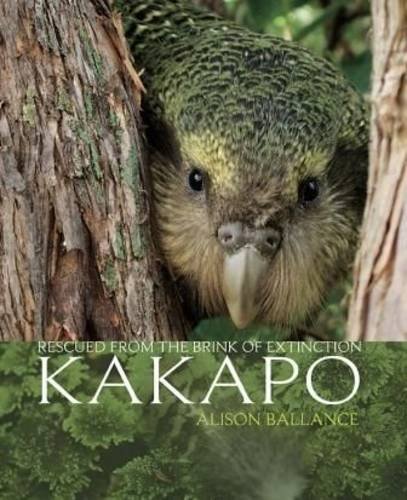 'The kakapo is a bird that reminds me of the British motorbike industry. It had things its own way for so long that it simply became eccentric.' Douglas Adams, author of The Hitchhiker's Guide to the Galaxy. The kakapo is one of New Zealand's most charismatic yet mysterious birds. It is also one of the world's most threatened species and a New Zealand conservation success story. An ancient, flightless, nocturnal, herbivorous giant parrot, the kakapo was once numerous throughout the country but is now extinct in its natural range. At its low point, the population was reduced to as few as 40 known individuals, but thanks to the hard work and innovation of the Kakapo Recovery Programme, New Zealand's flagship threatened-species conservation programme, the kakapo population now exceeds 120. Despite this exciting turnaround, there has not been a significant book on the kakapo since 1989. The story of this remarkable bird embraces science, conservation, ingenuity and personal dedication. Through an informative and entertaining mix of hard facts, history, and accounts of the daily and seasonal routines of kakapo and their minders, Alison Ballance brings together these threads to describe the natural history of the bird and tell the inspiring story of the Kakapo Recovery Programme. Illustrated throughout and with an appendix giving details of all known kakapo, this book will appeal to anyone with an interest in the natural world of New Zealand.

Alison Ballance is a zoologist, award-winning wildlife film-maker, natural history writer and passionate story-teller. She worked as a documentary film-maker and writer from 1990 to 2008, and currently works for Radio New Zealand National in Wellington as co-producer and co-presenter of the weekly one-hour science and environment programme 'Our Changing World'. She has produced more than 16 television documentaries, written 27 books, and recorded and presented about 140 radio stories. Alison has been involved with the kakapo conservation programme since 1994. She produced a TV documentary on the subject, 'To Save the Kakapo', in 1998, and has written two books that cover aspects of the kakapo story: Hoki: The story of a kakapo (1997), and Don Merton: The man who saved the black robin (2007).

Book Description 2018. Hardcover. Condition: New. Hardcover. Kakapo follows the fall and rise of one of the world's most unusual birds, from the brink of extinction, through a roller-coaster ride of hope and loss. One of New Zealand's most threatene.Shipping may be from multiple locations in the US or from the UK, depending on stock availability. 272 pages. 1.050. Seller Inventory # 9781877517273

Book Description 2018. Hardcover. Condition: New. Hardcover. Kakapo follows the fall and rise of one of the world's most unusual birds, from the brink of extinction, through a roller-coaster ride of hope and loss. One of New Zealand's m.Shipping may be from our Sydney, NSW warehouse or from our UK or US warehouse, depending on stock availability. 272 pages. 1.050. Seller Inventory # 9781877517273

3. Kakapo: Rescued from the Brink of Extinction