Items related to God Save My Queen: A Tribute

Nester, Daniel God Save My Queen: A Tribute

God Save My Queen: A Tribute 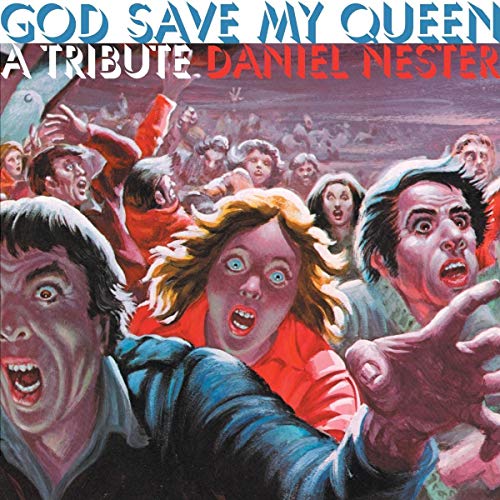 God Save My Queen is a collection of lyrical essays drawing on a very unliterary source: the British rock band Queen. World famous in the 1970s for such songs as "We Will Rock You," "We Are The Champions," "Another One Bites The Dust," and "Bohemian Rhapsody," Queen’s music is embedded in our public consciousness, in our sports stadiums, in TV commercials, and Wayne’s World.
But it is a source of a deeper obsession for the author, poet and journalist Daniel Nester in God Save My Queen, a short essay or riff accompanies, in order of album and track, every song recorded by the band, in chronological order, until its flopped "disco" album, 1982’s Hot Space. Part memoir, part prose poetry part rock book, Nester draws connections betwen everyone from Liza Minelli, Leni Riefenstahl, Billie Jean King, Michael Jackson and Freddie Mercury sharing a kiss in 1981, even a rant on Courtney Love’s giggling over Kurt Cobain’s mention of Freddie Mercury in his suicide note. The entries for the songs add up to a love letter to a band, and a time when all that mattered was a record player and a pair of headphones.

Daniel Nester lives in Brooklyn, NY. His writing has appeared in such places as Open City, Nerve, Mississippi Review, and The New York Press. A poem of his was selected by Yusef Komunyakaa to appear in The Best American Poetry 2003. He is the editor in chief of the online journal Unpleasant Event Schedule, and contrubuting editor to La Petite Zine and Painted Bride Quarterly. He is a graduate of New York University’s creative writing program, where he was a teaching fellow. He has taught at NYU and Parsons School of Design.

"Daniel Nester is a transcendent trickster."

God Save My Queen: A Tribute

God Save My Queen

God Save My Queen

God Save My Queen: A Tribute Nester, Daniel