Items related to Ethics in a Democracy: A Philosophical Quest

Ethics in a Democracy: A Philosophical Quest 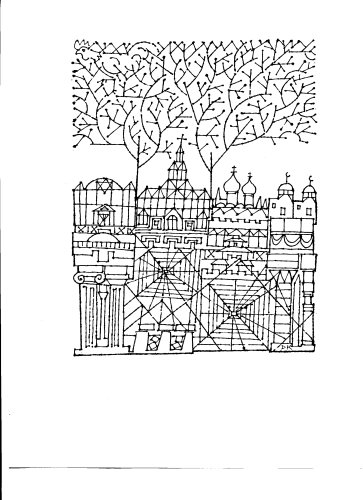 This collection of classical and contemporary texts seeks to provide a clear view of what is essential in a genuine democracy. Every citizen of every democracy is responsible for thinking about the best course of action both for individual choices and for the republic as a whole. In a democracy reasoning and open inquiry replace commandments, rules, and regulations. Liberty takes the form of autonomy. The roots of democratic wisdom extend to ancient China and Greece. Modern forms of democracy emerged in the 18th century in America and Europe. The contemporary quest for democracy involves all people on all continents. What are the fundamental principles that shape authentic democracy? What form of thinking and educating citizens is appropriate for an enlightened democracy? The dialectical method employed in individual texts and the structure of this collection as a whole emphasizes questions rather than answers. Four of the selections are presented in audio form on CDs as a way of encouraging dialogue and actively engaging the reader and the listener in the quest. TABLE OF CONTENTS: I. Introduction: Lao Zi s Dao De Jing (Audio). II. Religion: Uemura, On the Natural Integrity of Plato s Philosophy; Plato s Euthyphro (Text & Audio). III. Politics: Plato s Apology (Text & Audio). IV. Law: Plato s Crito (Text & Audio). V. Reason: Kant s What is Enlightenment?; Logical Thinking. VI. Universality: Kant s Fundamental Principles of the Metaphysics of Morals. VII. Freedom: Mill s On Liberty. VIII. Rights: Declarations of Freedom and Human Dignity. IX. Community: Kant s Lasting Peace. X. GOODNESS: Plato s Gorgias. What is the difference between philosophical ethics and other kinds of ethics? To answer that question we must first examine the meaning of philosophy. The ancient Greek word philosophia has two roots philia (love) and sophia (wisdom) literally, the love of wisdom. It is no accident that this way of thinking about philosophy emerged in the same time and place that produced the world s first democracy. In Athens, during the 5th century B.C. both the quest for knowledge and the distribution of political power changed from being the sole possession of a few wise men or of a single king to being shared among a much larger portion of the population. The Athenian philosophers Socrates and Plato helped analyze and clarify the relationship between the love of wisdom and political order, paving the way for the modern thinkers who laid the foundations of democracy in Europe and America in the 17th and 18th centuries. The way of knowing discovered by the characters in Plato s dialogue The Sophist is called dialectic, the form of inquiry that is appropriate for free people. The ancient Athenians were not yet a free people. They owned slaves and excluded women from most positions of political and economic power. But what distinguished them from every previous society was that the people who were being ruled were included in the ruling process. Once that principle was established, the door was open to the possibility that all citizens might be included in the process. Even today we have not fully achieved that goal. In spite of the bold declarations about equality made in the 18th century, it was not until the 19th century that white males in United States shared power with non-whites; and only in the 20th century did women gain the right to vote. In the 21st century political and economic power still tend to lie in the hands of a few. Oligarchy (rule by a few), timocracy (rule by the brave), and plutocracy (rule by the rich) are forms of government that differ fundamentally from democracy. The principle demanding political and moral equality for all people remains as the north star that guides the ship of state in any genuine democracy.

Albert A. Anderson, Ph.D., edited this anthology and wrote introductions for each chapter. He has held a variety of teaching, scholarly, and administrative positions in the United States and has presented talks and lectures throughout the world. Dr. Anderson is Professor of Philosophy Emeritus at Babson College in Massachusetts, where he held an endowed chair as Murata Professor of Ethics from 1995 to 2003. He has also held tenured positions in philosophy at Clark University in Massachusetts and Albion College in Michigan and taught full-time at Bates College in Maine and Rhode Island School of Design. As a member of the National Endowment for the Humanities Board of Consultants, he visited colleges and universities throughout the United States. In that role he consulted for administrators and faculty members from a variety of disciplines to explore innovative interdisciplinary education, drawing on his experience directing NEH grant projects at his home institutions. He was a founding member of the International Society for Universal Dialogue and its president from 1996-2001; he served as treasurer and member of the board of directors of the Society for Philosophy and Technology; and he was a member of the steering committee of the Boston Area Colloquium for Ancient Philosophy. Scholarly work centers on ethics, aesthetics, epistemology, and Greek Philosophy. In 2004 he jointly edited a book called Mythos and Logos: How to Regain the Love of Wisdom published by Editions Rodopi, which also published his book Universal Justice: A Dialectical Approach in 1997. His most recent publication is a translation of Plato s Greater Hippias and Aristotle s Poetics, published in book form under the title Beauty and Truth. Dr. Anderson is currently president of Agora Publications, Inc., which specializes in translating and adapting classical philosophical texts into contemporary American English. Current projects include revising translations of Plato s dialogues from Greek and adapting them for dramatic performance on CD as well as audio versions of modern philosophical texts including works by Aristotle, Kant, Mill, and Hume.

1. Ethics in a Democracy: A Philosophical Quest