Items related to Once Houses Could Fly

Clewes, Rosemary Once Houses Could Fly

Once Houses Could Fly 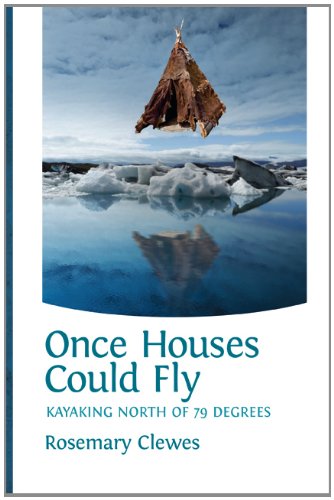 Once Houses Could Fly follows ten kayakers along the rugged fjords of Ellesmere Island in the High Arctic. Here under the roofless world, the ancient killing fields of the Thule people become campsites for tents, pitched among the bleached bones of sea mammals and the rough docks of shore-ice.

These poems speak of the bite and beauty of weather and the limits it sets on us. Be it "Jeremiah on a rampage" or the "which-way of ice," the polar desert has a habit of dismantling expectations. There is nowhere to hide, no turning back. Beginner's prowess ends in taking inventory of thumbs and "aging's howl," yet the light's redemptive peace settles all distress, and what lasts is the quiet gratitude that overtakes the narrator, as the journey sets the pace for the soul to catch up with the body. The book recalls this journey as a summoning to oneself: a humility, which does not anticipate competence, which opens its arms to the unfolding world.

Rosemary Clewes was born in Toronto and enjoyed several careers, as a script assistant for CBC television, a social worker, then printmaker and now writer/poet. Clewes has travelled many times to the Arctic by kayak, raft and icebreaker.

Her first book of prose and poetry, Thule Explorer: Kayaking North of 77 Degrees, (Hidden Brook Press) was published in 2008 and remains a fine primer for Arctic adventurers.Over the last decade, her poems have been published in many literary journals. She was nominated by The Malahat Review for the National Magazine Awards in 2005, and a year later was a finalist for the CBC Literary Awards.

1. Once Houses Could Fly

2. Once Houses Could Fly

3. Once Houses Could Fly

Book Description Signature Editions, 2012. Condition: Good. A+ Customer service! Satisfaction Guaranteed! Book is in Used-Good condition. Pages and cover are clean and intact. Used items may not include supplementary materials such as CDs or access codes. May show signs of minor shelf wear and contain limited notes and highlighting. Seller Inventory # 1897109938-2-4