Items related to Making It Big in the Movies

Kiel, Richard Making It Big in the Movies

Making It Big in the Movies 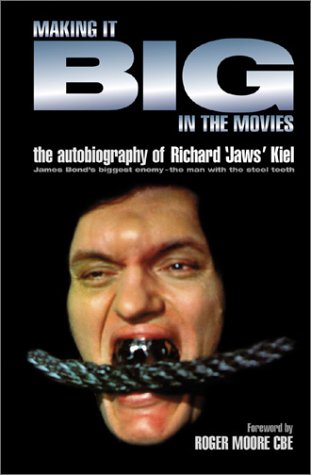 The memoirs of the actor best known as “Jaws,” James Bond’s steel–toothed nemesis. With a Foreword by Roger Moore.

As “Jaws,” Richard Kiel took on James Bond in both “The Spy Who Loved Me” and “Moonraker.” With a seven–foot–three physique and a mouth full of steel teeth, this startling villain proved to be so popular in his first appearance that the character returned for a second tilt at 007—becoming a hero in the process. Although he is most famous as James Bond’s archenemy, Richard Kiel is also an accomplished screen actor, writer, and producer, who has worked in almost every area of the movie business. In this revealing autobiography, Kiel tells the story of his career, from his early prop and stunt work, through his roles in classic TV series like “The Man from U.N.C.L.E.,” “The Wild Wild West,” and “The Twilight Zone,” to his work in films as varied as “The Nutty Professor,” “Silver Streak,” and “Pale Rider.”

1. Making It Big in the Movies

2. MAKING IT BIG IN THE MOVIES

3. MAKING IT BIG IN THE MOVIES

4. Making It Big in the Movies