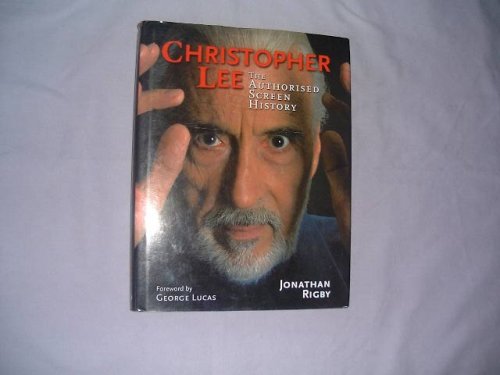 For many years, the name Christopher Lee was virtually synonymous with the best in screen horror. His Count Dracula has rarely been equaled, and his performances in classics like The Mummy, The Face of Fu Manchu, and The Wicker Man are just as striking. Lee's film and television appearances, however, outnumber those of any other British star, and his work stretches well beyond the confines of Hammer Horror. Christopher Lee: The Authorized Screen History chronicles the actor's entire career, including his starring role as James Bond's nemesis in The Man With the Golden Gun and appearances in The Lord of the Rings and Star Wars Episode II. Compiled with the cooperation of Christopher Lee, and featuring many previously unseen photos from his private collection, this is the ultimate guide to one of the cinema's last true icons.