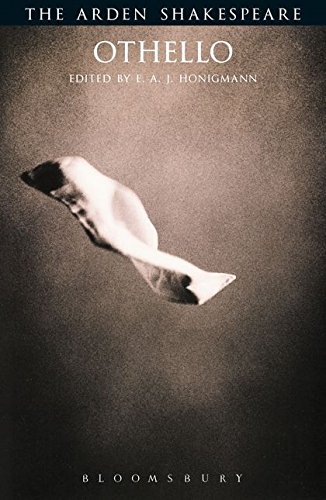 In a period of ten years, Shakespeare wrote a series of tragedies that established him, by universal consent, in the front rank of the world's dramatists. Critics have praised either Hamlet or King Lear as the greatest of these; Ernst Honigmann, in the most significant edition of the play for a generation, asks: why not Othello? The third of the mature tragedies, it contains, as Honigmann persuasively demonstrates, perhaps the best plot, two of Shakespeare's most original characters, the most powerful scene in any of the plays, and poetry second to none. Honigmann's cogent and closely argued introduction outlines the reasons both for a reluctance to recognize the greatness of Othello and for the case against the play. This edition sheds new light on the text of the play as we have come to know it, and on our knowledge of its early history. Honigmann examines the thematic portrayal of feminism, morality, and otherness. He provides a general character criticism, but delves more deeply into Othello, Iago, Desdemona, and Emilia in individual sections. He discusses the play in performance and the relationship between reading it and seeing it. He also explores topics such as its date, sources, and the conundrum of "double time". Appendices cover date, details about and possible explanations for the textual inconsistencies, the principal and minor sources for the play, Edward Pudsey's extracts, and musical settings, reproduced from F.W. Sternfeld's Music in Shakespearean Tragedy. Finally, a reference section provides a list of abbreviations and references, a catalog of Shakespeare’s works and works partly by Shakespeare, and citations for the modern productions mentioned in the text, other collated editions of his work, and other related reading. The Arden Shakespeare has developed a reputation as the pre-eminent critical edition of Shakespeare for its exceptional scholarship, reflected in the thoroughness of each volume. An introduction comprehensively contextualizes the play, chronicling the history and culture that surrounded and influenced Shakespeare at the time of its writing and performance, and closely surveying critical approaches to the work. Detailed appendices address problems like dating and casting, and analyze the differing Quarto and Folio sources. A full commentary by one or more of the play’s foremost contemporary scholars illuminates the text, glossing unfamiliar terms and drawing from an abundance of research and expertise to explain allusions and significant background information. Highly informative and accessible, Arden offers the fullest experience of Shakespeare available to a reader.

E. A. J. Honigmann is the author of more than a dozen books on Shakespeare and his contemporaries, including Shakespeare: Seven Tragedies: The Dramatist's Manipulation of Response, and Myriad-Minded Shakespeare. He has taught as a lecturer at Glasgow University, as a Fellow of the Shakespeare Institute in Stratford-upon-Avon (Birmingham University), as Joseph Cowen Professor of English Literature in the University of Newcastle-upon-Tyne, and in Canada and the United States. His The Texts of 'Othello' and Shakespearian Revision is a companion volume to this Arden edition.

"Honigmann's extensive knowledge illuminates this play at every turn, making this the best edition of Othello now available."—Brian Vickers, Review of English Studies